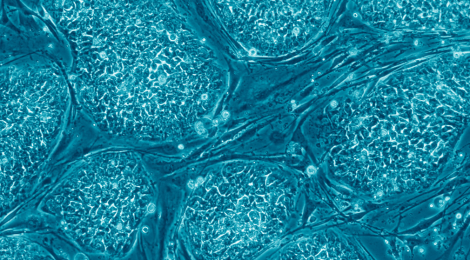 In 1868, the term “stem cell” was first coined by German scientist Ernst Haeckel to describe single-celled ancestral organisms that resulted in the evolution of all living things.[i] In 1981, Sir Martin Evans became the first scientist to culture embryonic stem cells from mice.  Today, scientists are working with embryonic stem cells hoping to treat diseases ranging from diabetes to blindness. The modern day stem cell, unlike its 1868 definition, is considered an unspecialized cell that is able to develop into a specialized cell, like one that creates specific tissue. Stem cells can be sorted into two primary types: adult stem cells and embryonic stem cells.[ii] Adult stem cells, the less controversial of the two types, are cells that replenish dying cells and can be found in fully developed humans. Embryonic cells are harvested from an embryo and can become any type of cell in the human body, giving them more research potential compared to adult stem cells, which can only create certain types of cells (for the time being).  Embryonic stem cells are harvested from an inner mass of cells of a living human embryo; the embryo is thus destroyed in harvesting these cells. This destruction has made the research on embryonic stem cells a major bioethical issue.[iii]  Because of the ethically-charged trade off between the life-saving potential of human embryonic stem cells and the destruction of the embryo they entail, courts have had to rule on and regulate the research, funding, patenting, and the acquisition of embryonic stem cells – but in a landscape of constant technological advancements, many of the above spheres of legislation still have unanswered questions.

The most high profile of stem cell cases, Sherley v. Sebelius (2012), resulted in a seventeen-day ban on government funding of stem cell research in August 2010. The case eventually became a victory for embryonic stem cell (ESC) researchers. The case began shortly after select kinds of ESC research became eligible for federal funding through President Barack Obama’s executive order that partially lifted a ban on federal funding of most ESC research.[iv] This ban was built on the basis of the Dickey-Wicker Amendment which prohibits the federal funding of projects that involve the destruction of human embryos.[v] (The actual harvesting of embryos with federal funding is still banned.) After the executive order in 2009, James Sherley, a biomedical engineer at the Massachusetts Institute of Technology, sued Kathleen Sebelius, the head of the Department of Health and Human Services. National Institute of Health director Francis Collins stated that the new NIH guidelines for ESC research based on President Obama’s executive order violated the Dickey-Wicker Amendment. Sherley also claimed that the ESC funding could shrink funding for the adult stem cells that he worked on which he said could be used as a substitute for ESC’s. In the US District Court for District of Columbia, Judge Royce Lamberth originally dismissed the case claiming that Sherley did not have a legal standing. But on remand from the U.S. Court of Appeals for the District of Columbia stating Sherley’s claim of increased competition for funds was legitimate, Judge Lamberth (without further briefing) forbade NIH from funding human ESC research.[vi] The court of appeals then reversed this ban, ruling that the Dickey-Wicker Amendment has wording ambiguous enough to allow NIH to fund research on human ESC lines, just not their derivation (which is currently done by private parties), and that research has to be on embryos that were going to be disposed of in the first place.[vii] According to ESC researcher George Daley, while the ruling encourages the advancement of ESC research because of funding stability, the suit itself may make people hesitant to join a field that has a history of funding uncertainty.[viii]

In Feminists Choosing Life of New York, Inc. v Empire State Stem Cell Board (ESSCB) (2011), Feminists Choosing Life of New York sued ESSCB for ESSCB’s provision that allowed them to compensate women for donating eggs which would then be used in developing an embryo for stem cell research. The plaintiffs claimed that ESSCB violated New York Public Health Law § 265-a. that states “No grants made available in the fund from any source shall be directly or indirectly utilized for research involving human reproductive cloning”.[ix] In a unanimous decision, Justice Elizabeth Garry ruled that human reproductive cloning research didn’t include stem cell research or therapies.[x] The court also dismissed the claim that stem cells research could indirectly be used for reproductive cloning.  Both of these rulings give stem cell research a more defined domain in the court of law and again give ESC research more funding stability.

While the above cases rule in favor of stem cell research, patent cases involving stem cells toe the line of incentivizing the creation of patents to encourage further discovery in stem cell research and inhibiting discovery through the inability to actually use patented materials and methods. When the patenting of DNA was challenged in Association for Molecular Pathology v. Myriad Genetics (2013) in which Myriad had patented the BRCA gene that can serve as an indicator for breast cancer because they discovered its significance, the U.S. Supreme Court ruled that “laws of nature, natural phenomena and abstract ideas” were unpatentable.[xi] But the court also ruled that non-naturally occurring DNA sequences (i.e. DNA sequences altered by scientists) can be patented.[xii] Since embryos are more complicated than single DNA sequences and involve manipulation from an original embryo to become and ESC, the extent of manipulation may be cause for disagreement on whether an ESC-related method is patentable or not.

In Consumer Watchdog v. Wisconsin Alumni Research Foundation (WARF) (2014), the U.S. Court of Appeals dismissed Consumer Watchdog’s attempt to try to invalidate an ESC culture patent held by the Wisconsin Alumni Research Foundation. Dan Ravicher, Consumer Watchdog’s attorney, cited the Myriad case in his argument but never got to address this in the Appeals Court because the case was dismissed on the grounds that Consumer Watchdog did not have a legal standing in the case.[xiii] The implications of this case could have addressed whether the Myriad ruling applied differently to ESC’s than it did to DNA, but, because of its dismissal, fell short of that clarification. In Neuralstem, Incorporated v. StemCells Incorporated (2012), Stemcells counter-sued Neuralstem because they believed Neuralstem infringed a stem cell patent.[xiv] The case was dismissed by the U.S. Federal District Court for the District of Maryland solely because a third party scientist was involved with the patents of concern. Because of this, StemCells did not have a legal standing to claim Neuralstem was violating StemCell’s patent only. This is important for the “incentive” side of stem cell research as it shows the difficulty of enforcing and punishing the illegality of patent infringements. But the courts upheld valid patents in Pharmastem Therapeutics v. Birthcells Technology (2007), in which Pharmastem’s stem cell patents were considered valid and therefore infringed upon by Birthcells Technology.[xv] This ruling, at least, can lend scientists a sense of security in the intellectual protection of their stem cell research and encourage them to do more. When, in the future, the legal status of patents is ambiguous, as in most of the above cases, the Myriad case can still be applied – it remains to be seen how the judge will differentiate between DNA manipulation and natural phenomena when an embryo has already been destroyed (manipulated) to create an ESC.

A final limit to stem cell research came with United States v. Regenerative Sciences (2014), in which the FDA claimed that Regenerative Sciences violated an FDA drug policy with a stem cell procedure –  Regenerative Sciences counterclaimed that the stem cell procedure was not a drug and was therefore outside of the FDA’s jurisdiction.[xvi] The court ruled in favor of the FDA, stating that because the stem cells involved a “cocktail” (a mixture to help the cells survive), the procedure was considered a drug. This ruling may help strengthen regulation on stem cell research and give scientists more guidelines on how they are allowed to conduct research, but this also limits scientists in the kind of treatments they can experiment with under regulation.

The implications of the above cases cannot be overlooked.  While President Obama’s 2009 executive order opened up a realm of funding for ESC research, the Dickey-Wicker Amendment still regulates the manner in which funding can be allocated in ESC research and regulates ESC research overall.  Conflicts between these two policies as well as other public health laws have often come out in favor of the executive order and ESC research – largely because of the relative recency of the executive order, which describes what we consider a modern day stem cell more accurately than the amendment, which is from 1996. This emphasizes the need for updated policy in order to encourage stem cell research, but also to regulate it as technology advances. The court has allowed patents and the FDA to regulate ESC research, but their regulation jurisdiction still does not have a clear definition.  As the potential impact for ESC research continues to rise, courts will face more cases regarding these controversial cells for as long as policy fails to keep up with the technology. For now, each case is left with one, deeper core question: should courts favor research for the better good of society or is this kind of research a reflection of an immoral society?

[vii] Greely, Henry. “Are We There Yet? The End of the Sherley Case About Dickey-Wicker and Federal Funding for Human Embryonic Stem Cell Research Is Now in Sight”. Stanford Law. 8/30/2012. Web. September 29 2017.