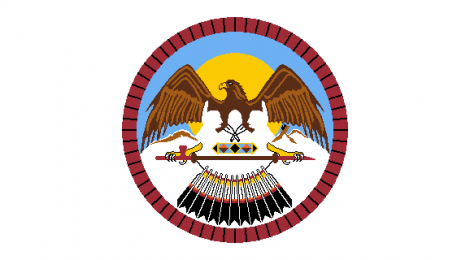 On April 1st, 2007, Ute tribal member Todd Murray was shot by Vernal City Police Officer Vance Norton.[1],[2] Murray had fled the scene of a police stop for speeding just outside of the Ute tribal reservation, where he was a passenger in the implicated vehicle.[3] He was pursued onto reservation lands by Officer Norton in addition to Utah State Trooper Dave Swenson, Utah Highway Patrol Trooper Craig Young, and Uintah County Deputy Anthoney Bryon, none of whom were cross-deputized to exercise law enforcement authority on the Ute land.[4] The pursuit ended with Todd Murray being shot in the chest twice.

Native Americans and reservations have long had a unique relationship with law enforcement agencies that goes beyond a predisposition to being victims of violence. Native American tribal governments are unique in that many of them possess their own police forces. These tribes which operate their own police force are as small as the Havasupai Tribe, which has a population of only 600, and the Navajo Nation, which has population of 250,000. These police forces operate a land area larger than some states.[5] The most common form of tribal police departments are those operated exclusively by tribes themselves due to powers granted to them by the Indian Self-Determination and Education Assistance Act of 1975, but a significant minority are administered by the Bureau of Indian Affairs.[6] Tribal police departments were formed following the Bureau of Indian Affair’s adoption of a new approach to indigenous affairs beginning in the 1970s, which focused on enhancing tribal sovereignty and self-determination. As President Richard Nixon put it in a message to Congress in 1970, “Any new national policy toward the Indian people… [must] strengthen the Indian’s sense of autonomy without threatening his sense of community… And we must make it clear that Indians can become independent of Federal control without being cut off from Federal concern and Federal support.”[7] Tribal police departments, then, serve as a vehicle for community policing, with their origins as institutions protecting the rights of tribal nations to exercise legal sovereignty.

The case outlined above, Norton v. Ute Indian Tribe of the Uintah, is still ongoing. Whether Officer Norton was justified in his shooting of Todd Murray is still up for debate. There are conflicting reports, one of which states that Officer Norton shot Murray point blank and others which state that Murray killed himself.[8] But any legal justification Officer Norton may have had to shoot Murray has no weight because when Raymond Wissiup, Ute tribal police officer certified to crime, arrived at the scene of the shooting, Officer Norton and the other assisting officers prevented him from accessing the scene or in contacting assistance for Murray as he bled to death.[9] The actions of Officer Norton restricted the legal access of Ute tribal police. Since Office Norton’s pursuit of Murray began on reservation land, the Ute tribe accused him of legal trespassing in the their tribal court, something that Office Norton challenged. This jurisdiction was recently affirmed by the 10th Circuit Court of Appeals, in which Justice Lucero stated, “tribal court jurisdiction over the trespass claim is colorable… we vacate the district court order granting a preliminary injunction and denying the defendants’ motions to dismiss. We remand for further proceedings consistent with this opinion.”[10]

The basis for the 10th Circuit’s opinion on the trespassing of non-tribal officers lies in Montana v. United States, the most important Supreme Court case that deals with issues of tribal sovereignty and legal jurisdiction.[11] Montana v. United States is regressive in some ways, such as in its limitations on the ability of tribal courts to raise suits, but is progressive in certain issues of Indian sovereignty. The case began when the Crow tribe sued the state of Montana for allowing non-tribal members to hunt and fish on what was considered to be traditional tribal grounds.[12] In Montana v. United States, while the power of tribal courts to try non-Indians was restricted, it was recognized that tribal nations do possess the right to regulatory outside presence on tribal land and to put conditions on the conduct of nonmembers.[13] In the Court of Appeals, Justice Stewart delivered the court opinion that, “The Tribe may prohibit nonmembers from hunting or fishing on land belonging to the Tribe or held by the United States in trust for the Tribe, and…if the Tribe permits non-members to fish or hunt on such lands, it may condition their entry by charging a fee or establishing bag and creel limits.”[14] Thus, through this there is legal precedent for the ability of tribes to create a sense of apartness that might allow them to regulate the conduct of non-tribal officers as a method for protecting tribal sovereignty.

Nevada v. Hicks (2001) deals more directly with the issue and narrows the scope of how tribal governments can limit outside police presence to protect their tribal sovereignty. Justice Scalia, who delivered the court’s opinion, ruled that state regulatory authority does not end at the reservation border, but that it does not necessarily mean that they are able to exert the same level of authority.[15] It was decided that when law involves the conduct of tribal members on tribal land, state law and enforcement is generally non-applicable, but when a tribal member is suspected of illegal conduct off reservation lands then outside law enforcement does possess some rights to begin an investigation.[16]

Norton v. Ute Tribe of the Uintah is a crucial case not only for tribal law enforcement, but also for tribal sovereign rights. Murray was pursued by a state official on reservation land for a crime that began on reservation land.[17] When a tribal law officer, who according to all legal measures should have been the only law enforcement officer with the authority to take legal action against Murray, arrived at the scene, he was denied access to it.[18] If in tribal and federal court the Ute argue that Officer Norton’s actions and the actions of the state police force violated tribal sovereignty, it could be large step forward in terms of the rights of tribal police departments to be agents tasked with protecting tribal sovereignty.

Legislation is already starting to ameliorate the situation of tribal enforcement agencies. The Tribal Law and Order Act gave tribal law enforcement agencies help to improve tribal public safety and to expand access to training materials.[19] Because of the Act, tribal law enforcement officers can now receive training through state or tribal police academies and state or tribal colleges can now offer training if properly accredited.[20] Despite the assistance it gave, there is still much work to be done. Tribes are still limited by the confines of tribal legal jurisdiction, which in many cases forces them to submit to state and local officials. While it is the “apartness” posed in Montana that would ultimately work towards true sovereignty for indigenous nations, the legal reality is that tribal government still functions as a submissive body to American structures. American Indians are still, after all, Americans. The importance of tribal sovereignty becomes tangible when viewed through lens of tribal law enforcement. It shows the discordant situation many tribal nations are stuck in. Tribes can grant outside law enforcement agencies supreme power, but they risk putting their sovereignty at risk. They could also work to eliminate state and federal presence on tribal lands, but that ignores the reality that many tribal police forces are, as stated above, supported by the contributions of state and federal authorities. Norton v. Ute Tribe of the Uintah is novel in that, in its conclusion, it will outline the precise rights that state authority officers will have on reservations going forward, and it will thereby provide a blueprint for tribal governments on how to achieve the most effective sovereignty going forward.