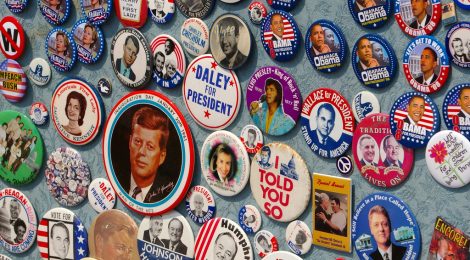 Campaign Finance: Citizens United and the Conflict between Speech and Self-Government

Is the First Amendment’s fundamental purpose to protect the speech of the individual or is its protection of individual speech rights a means to its more important end: the preservation of American system of self-government, and if so what happens when it guarantees conflict with that ultimate goal? This is the conflict that the Supreme Court must resolve when it decides on constitutional questions arising from campaign finance regulations, and nowhere was this more apparent than in the Courts decision in Citizens United v. the Federal Elections Committee (2010). This landmark campaign finance case presented the conflict of speech and self-government in the context of the speech rights of corporations during a presidential election. The court fought a partisan battle to define the purpose and extent of the First Amendment. The contrasting opinions of the two sides in this heated debate reflected not merely a disagreement over whether a corporation can influence elections, but which of these First Amendment philosophies would control the government’s ability to protect the efficacy of candidate elections.

Citizens United was a case involving a nonprofit corporation Citizens United that had produced a documentary titled Hillary the Movie, which was critical of then New York Senator and presidential candidate Hillary Rodham Clinton. Citizens United wished to promote their documentary and release it within thirty days of the primary elections whilst knowing that they would be in violation of portions of the Bipartisan Campaign Reform Act of 2002(BCRA) which prohibited “corporations and unions from using their general treasury funds to make independent expenditures for speech that is an ‘electioneering communication’ or for speech that expressly advocates the election or defeat of a candidate” [1]. So Citizens United, in an attempt to avoid the potential for civil and criminal penalties for violating the statute, filed for declaratory and injunctive relief in a Federal District Court. The case was appealed and made it to the Supreme Court.

Citizens United resolved an alleged tension between four key campaign finance cases. These cases were Buckley v. Valeo (1976), First National Bank of Boston v. Bellotti (1978), Austin v. Michigan Chamber of Commerce (1990), and McConnell v. Federal Election Commission (2003). Buckley was a case challenging the constitutionality of the Federal Election Campaign Act of 1974 (FECA) and among many things, resulted in striking down regulations capping independent expenditures, and established the First Amendment protection for spending money in a political election. Consistent with Buckley, Bellotti protected the right of corporations to campaign in a statewide ballot initiative, but explicitly, in a footnote, declined to decide on the same permissibility in candidate based elections. In contrast to Buckley and Bellotti, Austin and McConnell upheld restrictions on corporate electioneering. Buckley and Bellotti were used by the majority in Citizens United to assert the principle, “that the Government may not suppress political speech on the basis of the speaker’s corporate identity” [2]. As a result, Austin and portions of McConnell were found to be in contention with this principle and were consequently overruled.

The case before the Supreme Court hinged on the government’s assertion of their ability to enact legislation to combat corruption by regulating “the corrosive and distorting effects of immense aggregations of wealth that are accumulated with the help of the corporate form and that have little or no correlation to the public’s support for the corporation’s political ideas” [3]. This argument is commonly known as the ‘anti-distortion rationale’ or ‘anti-distortion interest’ and was upheld by the Court in both Austin and McConnell. The validity of the anti-distortion rationale presented the philosophical divergence of the Court. The majority decided to narrow the government’s interest to ‘quid pro quo corruption’; which is the actual contribution of money with the expectation of gaining something in return. The dissent, led by Justice John Paul Stevens, stressed the need to curtail the speech rights of corporations to advance the cause of self-government.

The reasoning behind the anti-distortion rationale is best captured by the renowned Harvard Law professor and former presidential candidate, Lawrence Lessig. Lessig, in his book Republic Lost, maintains that the Framers of the Constitution set up a democratically elected representative government that was to be, “dependent on the People alone” [4], and any entity which would compete with the people for influence over their government would be a corrupting influence on the people’s government; a distortion. Lessig believes that it is through elections, “[t]hat dependency was to be enforced” [5], and that through proper regulation the efficacy of those elections be maintained. This rationale establishes the supremacy of the principle of self-government over the concept of free speech. That is, free speech is essential to maintaining the link between the people and their government; for it is through the freedom to express one’s ideals that the government is able to properly represent their constituency.

Justice John Paul Stevens in the dissent of Citizens United writes in length in defense of the anti-distortion rational. In the portion of his dissent titled “Antidistortion,” Stevens lays out his argument against unfettered corporate political speech. Stevens asserts that there is a distinct difference between a corporation and an individual. He asserts that corporations “have no consciences, no beliefs, no feelings, no thoughts, no desires” [6]. Stevens denounces the very idea that corporate speech is even speech in the sense of the First Amendment believing it to be ‘speech by proxy’ and speech which ‘only serves the bottom line’ [7]. Stevens declares that to advance the interest of the government in protecting the integrity of elections, “a legislature may place reasonable restrictions on individuals’ electioneering expenditures…” [8]. Stevens goes on to write about the destructive force of corporate speech, explaining that it will overwhelm the individual and potentially disaffect large swathes of the citizenry and diminish belief in the integrity of government [9].

The majority opinion in Citizens United was authored by Justice Anthony Kennedy. Justice Kennedy’s reasoning is quite simply convoluted and to get to the substance of it one must first decide for themself, whether they would adhere to the proposition that a corporation is a rightful proprietor of the First Amendment. From here Kennedy’s opinion takes two paths: one which seems to advance the cause of self-government, and another which cripples it. Depending on one’s satisfaction with corporate personhood, they could be led to affirm Kennedy’s reasoning,

“[s]peech is an essential mechanism of democracy, for it is the means to hold officials accountable to the people… The right of citizens to inquire, to hear, to speak, and to use information to reach consensus is a precondition to enlightened self-government and a necessary means to protect it.” [10]

In accordance with this, the protection of corporate speech rights is essential to the cause of self-government, as corporations are an equal party in American political debate. But if the idea that JPMorgan Chase has an equal right to influence an election as a registered voter seems erroneous, then Kennedy’s overture to the principle of self-government is little more than a façade. Absent of the false equivalence that people and corporations are political equals, Kennedy’s opinion does no more than sacrifice the integrity of elections to advance the abstract concept of the ‘open marketplace of ideas’. To this effect, Kennedy asserts, “Austin interferes with the “open marketplace” of ideas protected by the First Amendment… It permits the Government to ban the political speech of millions of associations of citizens” [11]. This reasoning then can be seen to obscure the notion of an ‘association of citizens’ as it conflates the idea of a group of people who consciously band together to advance their political views, with a group of shareholders who seek to invest in an enterprise to make money and have little to no control of the political end of that enterprise. Kennedy’s assertion therefore presents, as Lessig claims, an illegitimate competitor for influence in the people’s government.

Seven years later, Citizens United has sent shock waves through American elections by causing an explosion in the total aggregate amount of outside spending [12]. It stands possibly as a prime factor in the discontent felt by so many American voters in their politicians; a prediction made by Justice Stevens. It also resulted in the proliferation of the Super PAC [13] and is the father of many other cases, which have led to weakened public financing systems and campaign finance regulations. Perhaps the only remedy to this constitutional ailment is the confirmation of new justices, who have a First Amendment philosophy that grants the government power to protect the integrity of American self-government through the regulation of what and from who is now understood to be protected by the First Amendment.

← Behind the Screens: The Future of Privacy in a Digital World
The Precedent Behind DAPL: Violations of Environmental Law and Lack of Native Agency →