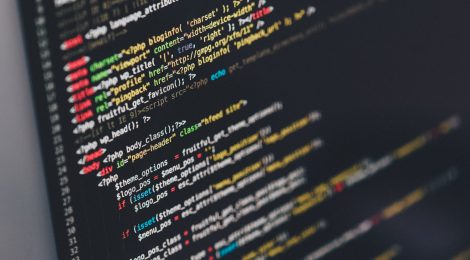 Behind the Screens: The Future of Privacy in a Digital World

As America becomes increasingly modern, it begins to recognize a flaw in its statutes and regulations: it cannot keep up with novel technology. Perhaps the most emblematic instance of this reality is the recent Apple Inc. v. Federal Bureau of Investigation, in which investigators demanded Apple’s help breaking into an iPhone belonging to an attacker from the December 2015 mass shooting in San Bernardino, California. Apple refused, citing a lack of precedent, a need for new software, and an aversion to hacking its own technology. This brought up a gap in centuries-old rules for persons and papers: the question of how and when legal codes apply to digital servers and objects. Over the course of the past decade, an emerging liberal notion of freedom and digital progress has increasingly challenged the notion of “privacy.” Technology, in the wake of new conceptions of consumer rights and speech, demands new narrow, object-oriented precedents.

Privacy is not a self-defining concept but one continually traversing a fluctuating social and legal landscape.  Even though there is no universal consensus of what privacy entails, there is an implicit understanding that human beings require it to live in accordance with the law.[i] One dimension of privacy is inherently political: democratic societies protest the “politicizing of life,” and so Americans were given secret ballots and closed doors. The reproductive rights movement in the 20th century then urged the Supreme Court to introduce a social dimension to privacy. Cases like Roe v. Wade and Griswold v. Connecticut affirmed a right to health care decisions outside the realm of government influence. This set precedent for a privacy that could be adapted to unique modern phenomena: in the case of Roe v. Wade, children and procreation. This marked the first of many legal changes in response to communal shifts: as a newfound agency of women emerged, American legal precedent evolved to account for progressions in social activism.

The Digital Age possesses an unprecedented complexity. The entire concept of the “internet” is in constant flux in search for the newest “thing,” and yet society “is about old things . . . ancient principles governing law and politics within nations.”[ii] Privacy exists at the intersection of the old and the new, with public policymakers and courts struggling to decipher how the laws of humans can regulate millions of new screens and devices.  Supreme Court Justice Brandeis began to pave this path in 1890, as he built on his dissent of Olmstead vs. United States, a ruling in favor of wiretapping that altered the relationship between technology, government, and the Fourth and Fifth Amendments. Brandeis’s discourse is seen as a turning point, constructing arguments for a new age based off of old foundations. This response is demonstrated in interpretation of privacy torts for large digital businesses. Take Boring v. Google Inc: while U.S. courts rejected three of Boring’s claims against Google for snapshots taken by a “Street View” car, the appellate court upheld a ‘trespass’ claim fundamentally grounded in 19th century jurisprudence.[iii]

A century after Brandeis’s notorious dissent, new technologies and ubiquitous computer usage created the need for modern information privacy law that took into account these new developments. The 1998 Fair Information Practice Principles (FIPP), a collection of internationally recognized privacy principles, shifted and expanded as the following decades ushered in internet technology and handheld devices.[iv] In 2010, The Obama Administration followed up by proposing a Consumer Privacy Bill of Rights[v] to track the FIP and give consumers more control over the release of use of information to private companies.[vi] Critiques quickly emerged claiming that the bill was predicated on the risk of harm, meaning privacy was now defined on a needs-based and not a rights-based discourse.[vii] Initial concerns revolved around market data, which consumers might want protection from but could not claim to be ‘distressed’ by since it did not often place them in immediate danger. Yet the bill’s interpretation is more severely complicated by “out-of-context” data collection, in which instance consumers are given “Heightened Transparency and Control” and must provide affirmative consent for privacy breaches.

This unusually strong burden of proof for privacy seemingly arises from its basic nature as a ‘right’ in the first place. While rights-discourse in the law normally revolves around a possessor of the right, this centralization becomes unclear in an age of “public surveillance, recordkeeping, and information analysis.”[viii] The legal and normative brightline has loosened, assuming that information not explicitly hidden is yielded to the public domain.[ix] Ownership and entitlement, then, are caught in a tug-of-war between public jurisdiction and private protections.

Apple v. Federal Bureau of Investigation and a string of similarly controversial cases have contributed to this conversation. The government attempted a loose reading of the All Writs Act, claiming the iPhone as a ‘writ’ or necessary means of information retrieval. This 227-year-law assumes two subjects—a prosecutor and a wrongdoer—and was dangerously applied to a case with a locked inanimate object.[x] Hon. Sheri Pym, a district-court magistrate judge, even asked Apple to develop new software to unlock the information without destroying the data.[xi] Apple responded with the precedent of U.S. v. New York Telephone, claiming they were under no burden to produce a “government OS.”[xii] Although Judge Pym eventually vacated her order, the use of an archaic non-technical law for a digital object that lacked rights invokes a dangerous legal precedent that inherently connects civilians to their technologies.

Amazon is now facing a parallel dilemma. The company stood its ground after Arkansas state prosecutors demanded the turnover of an Echo digital voice assistant device that may have recordings to solve a murder. Yet Amazon has learned from Apple’s faulty issues regarding a lawful subject and a burden of proof; in a recent filing in Arkansas state court, Amazon appealed to the First Amendment to say “Alexa’s” answers are a form of free expression. The First Amendment’s wording textually lends itself to this interpretation: it claims that “Congress shall make no law prohibiting the free exercise thereof; or abridging the freedom of speech . . . or the right of the people peaceably to assemble, and to petition the government for a redress of grievances.”[xiii] The conjunction “or” becomes significant, separating the prior freedom of speech from “the people” who can take distinct autonomous actions. This strategic reading uniquely bridges problems of the past, giving agency to the technology at hand to bolster Amazon’s own privacy. They added that the government must show “compelling need” for the warrant, turning the due burden of proof onto the prosecutor instead of a risk-prone individual.[xiv] It simultaneously noted a lack of action on the individual, claiming that a prior downloading of the Alexa app may have been sufficient to access the information.[xv] Amazon, rather than accepting its subjugation to centuries-old precedent, has carved its own.

Ownership remains a difficult question to answer. While the murder defendant is unlikely to turn over evidence, neither Amazon nor the government properly ‘own’ the information in question. Behind the screens, this information belongs to ‘the cloud,’ and here, laws have not yet been formed. The sort of progress was established in in the Supreme Court case of Katz v. U.S., which distinguished between what a person “seeks to preserve as private” instead of the initial belief of “constitutionally protected area[s].”[xvi] However, the court quickly quashed this notion in U.S. v. Miller, using the previously mentioned “brightline” test instead of the prior reasonableness framework.[xvii] This may prove devastating for the next generation of writers, scholars, and journalists, who often store information in the ‘cloud’ for convenience purposes. We are a digital people—and yet the more we use our phones and computers, the more the law falls behind us all.

[vi] Singer, Natasha. “Why a Push for Online Privacy Is Bogged Down in Washington.” The New York Times. February 28, 2016. Accessed March 02, 2017. https://www.nytimes.com/2016/02/29/technology/obamas-effort-on-consumer-privacy-falls-short-critics-say.html.

[xvi] 55 Washburn L.J. Washburn Law Journal Summer, 2016. PRIVACYPROTECTION: HOW THE UNITED STATES CAN GET ITS HEAD OUT OF THE SAND AND INTO THE CLOUDS TO SECURE FOURTH AMENDMENT PROTECTIONS FOR CLOUD JOURNALIST. Bryan R. Kelly Copyright (c) 2016.

[xvii] 55 Washburn L.J. Washburn Law Journal Summer, 2016. PRIVACYPROTECTION: HOW THE UNITED STATES CAN GET ITS HEAD OUT OF THE SAND AND INTO THE CLOUDS TO SECURE FOURTH AMENDMENT PROTECTIONS FOR CLOUD JOURNALIST. Bryan R. Kelly Copyright (c) 2016.

← Fall ’16 Issue
Campaign Finance: Citizens United and the Conflict between Speech and Self-Government →