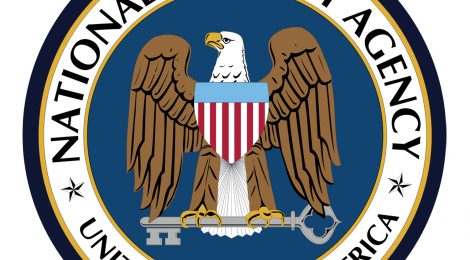 ENCRYPT Act: The Latest in the Privacy vs National Security Debate

Jinoh Lee / April 7, 2016 / Comments Off on ENCRYPT Act: The Latest in the Privacy vs National Security Debate / Online, Spring 2016

Since the ratification of the Bill of Rights, elected officials and citizens have debated the ever-changing meaning of the 4th Amendment. This amendment protects people from unreasonable search and seizure of themselves and their private property. [1] However, because of improvements in telecommunications and globalization, the distinction between “private” and “public” has become blurry. People, from politicians to local activists, argue over how much privacy citizens are guaranteed through the 4th Amendment, especially when this conflicts with the public good of national security. As technology develops and the nature of what “privacy” means changes over time, different issues produce clashes between the government’s power to search and seize and shift the scale between privacy and security.

In the past, different branches of the federal government have interpreted the 4th Amendment in a fluid manner by either limiting, preserving, or furthering the rights of citizens. For instance, the FBI tried to defend its use of wiretapping on Charles Katz’s phone to investigate his transmission of illegal gambling wagers in the 1967 Supreme Court case Katz v. United States. [2] The Court ruled that such an action was unconstitutional, because, in the words of Justice Marshall Harlan’s concurring opinion that in this new age of technology, “electronic as well physical intrusion[s] that is in this sense private…constitute a violation of the Fourth Amendment,” if conducted without a warrant. The Supreme Court realized that in the modern world more breaches of privacy are possible, and thus they broadened the 4th Amendment to include protections from unreasonable electronic searches. With this decision, the rights of the people were not only preserved, but furthered.

However, the federal government has also limited the protections of the 4th Amendment. In 1981, President Nixon signed Executive Order 12333, which extended the role of the National Security Agency in collecting information for the purposes of counterterrorism. [3] Section 2.3 of this Executive Order is used today to justify the NSA’s controversial mass collection of data. The Executive Branch created its own interpretation of what an “unreasonable search or seizure” was and asserted what they could do under the 4th Amendment. Just as the Supreme Court had interpreted the 4th Amendment in Katz v. United States to further the privacy of the people, the Executive Branch restricted the 4th Amendment in an attempt to maintain security.

Today, Representatives Ted Lieu (D – CA) and Blake Farenthold (R – TX) proposed a bill to the House of Representatives that would redefine the regulations of accessing information in today’s modern, technological world. This bill came in response to legislation from New York and California which would require smartphones developers to insert “backdoor encryption keys” on all their phones. Such a key would allow the developer or another party to access the phone without the user’s permission. The proposed bill, known as the “Ensuring National Constitutional Rights for Your Private Telecommunications Act of 2016” (ENCRYPT Act), would ban state governments from mandating “a manufacturer, developer, seller, or provider of covered products or services” to allow a physical search of a user’s product by the state or federal government. It would also ban smart phone manufacturers from placing a “backdoor encryption key” on their devices that could be accessed by outside organizations. [4] With the immense amount of information and data stored on today’s smartphones, this bill would be instrumental in increasing the realm of privacy protected by the 4th Amendment.

Many pro-privacy advocates also argue the necessity of a bill like this in a time when the federal government continues to encroach upon the cybersecurity rights of the people. [5] They argue that any unwarranted access to an individual’s personal information is a direct violation of the 4th Amendment under its current interpretations. Furthermore, Representative Ted Lieu claims that the technology for a backdoor encryption key is a complicated security issue. He explains that giving such a key to the FBI or another government agency places individual privacy at too high of a risk, as the FBI is susceptible to hackers or is likely to just let the key get stolen. Attorney Andrew Crocker of the digital rights group Electronic Frontier Foundation explains that the ENCRYPT Act is the only practical and feasible bill that would resolve the ongoing debates over privacy and encryption, because it takes into consideration the available technology regarding encryption and evaluates the risks involved in the actions that the FBI is trying to take.

This bill would clarify many current problems that arise out of the security vs. privacy debate. After the recent and tragic act of terrorism in San Bernardino last December, the FBI has attempted to strong-arm Apple into helping them unlock the shooter Syed Rizwan Farook’s iPhone. [6] Apple has resisted this order, claiming that building a backdoor to the iOS would lead to a slippery slope invasion of everyone’s privacy because of the nature of the rapid spread of information in the digital world. [7] The FBI, on the other hand, claims that their mandate is justified under the All Writs Act of 1789, as long as a Court issues a writ in support of the action. The Bureau claims that in cases of national defense, security should be prioritized over individual privacy. As of March 28, 2016, the Justice Department has taken the side of the FBI and unlocked Farook’s iPhone, tipping the scales away from privacy and towards security. [8]

The scales of the 4th Amendment have always tried to balance the principles of security and privacy. The passage of the ENCRYPT Act would once again tilt the scales in favor of citizens’ privacy. It would clearly decide that what the FBI is attempting to do constitutes an unconstitutional breach of security. In an ever-evolving world of fast-paced technological advancement and rapid exchange of information, it is important for not only the legislature, but also all other branches of government to update legal code and precedents on how to preserve the Constitution. Privacy and Security will be two concepts that eternally struggle to maintain balance, but it is legal actions such as the ENCRYPT Act that will help clear the blurry lines of the 4th Amendment and further the privacy rights of the people.