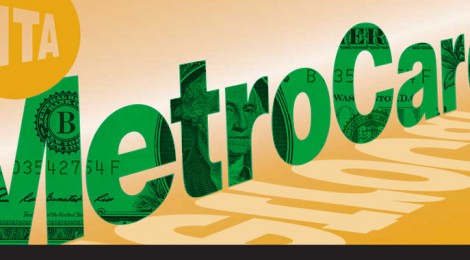 Many people are now thinking twice before tossing their old MetroCards. In May of 2013, the New York City Metropolitan Transportation Authority (MTA) enacted a $1 surcharge on all new MetroCards purchased. The one-dollar tax, referred to as the “green tax,” was put into effect in order to reduce the amount of cards that are printed, discarded, and subsequently hauled off to landfills. The fee supposedly acts as a deterrent against purchases of new cards while an old one is still valid. “We want people to use fewer Metrocards,” said Agency spokesman Adam Lisberg. “It’s good for the environment and will reduce litter in our stations.” The MTA expected $11 million in revenue from the tax, yet the reality of the effect is an increase in revenue that exceeds initial expectations. In the first month after the fee went into effect, more riders than predicted continued to buy new MetroCards, paying the extra $1. If the trend continues, the Metropolitan Transportation Authority will exceed the $20 million in new revenue that it anticipated when drafting the budget. However, there has not been a significant decline in consumption as the MTA marketed, raising the question of whether or not the MTA used “sustainable rhetoric” in order to justify their increase in revenue or engaged in “green washing.”

In the field of sustainable development, the term “green washing” refers to companies claiming an environmentally sound reason for an action that is solely for economic benefit. While ethically and morally questionable to skew the expectations of a product to the public, green washing is only illegal if claims are proven false in a court of law. Companies can be prosecuted under the Federal Trade Commission Act, which prohibits “unfair or deceptive acts or practices in or affecting commerce.” Other federal laws such as the Lanham Act, can punish companies for false advertising. States generally have similar consumer protection laws prohibiting false advertising, unfair trade practices and unfair competition.

About a month ago, the Federal Trade Commission (FTC) penalized six companies for making deceptive claims that their plastic products were biodegradable, when in fact they were not. The six companies were American Plastic Manufacturing, CHAMP, ECM Biofilms, Clear Choice Housewares, American Plastic Manufacturing, Carnie Cap, and AJM Packaging. Of the six, AJM Packaging paid the biggest price, facing a $450,000 civil penalty for violating a 1994 order to stop marketing any product as biodegradable without “competent and reliable scientific evidence.” The complaint against them alleged that these purportedly biodegradable plastics do not in fact biodegrade within a reasonably short period of time after disposal in a landfill, as marketed.  Furthermore, the complaint alleges that ECM had no evidence to support its claims that its additive makes plastic biodegradable. The FTC complaint charges ECM with violating the FTC Act by misrepresenting the biodegradability of their products. The case will be heard before an administrative law judge at the FTC, with the proceeding scheduled to begin on June 18, 2014 in order to finalize the accusations.

As another example, in 2012, Campbell Soup Company published an announcement that it would stop using BPA in their soup cans in response to growing opposition by environmental activists. This announcement stunned their competitors, who had been looking for alternatives for years, yet their data showed that current science had not yet made this achievable. Their data turned out to be right. Despite Campbell’s public statements and the congratulatory press that followed, the soup giant’s basic manufacturing and research capabilities hadn’t been able to eliminate BPA. Once confronted about it, Campbell’s backtracked and claimed that the media got the BPA story wrong. When asked to defend their marketing statements, Campbell’s avoided the question and tried to cover up their claims by assuring the public that BPA is in fact safe.

Has the MTA through their promotion of a one-dollar Metrocard engaged in green washing? It is difficult to jump to such conclusions. Unlike the plastic companies and Campbell’s, there have been no lies or outright deception, only the MTA’s speculated results. Whether or not the MTA’s institution of the green tax was driven by economic or environmental motives, the complexity of its nature begs one to think about the greater nature of corporate marketing and how it should or should not be prosecuted under the law.

← Die Another Day
Whose Baby is It Anyway? →