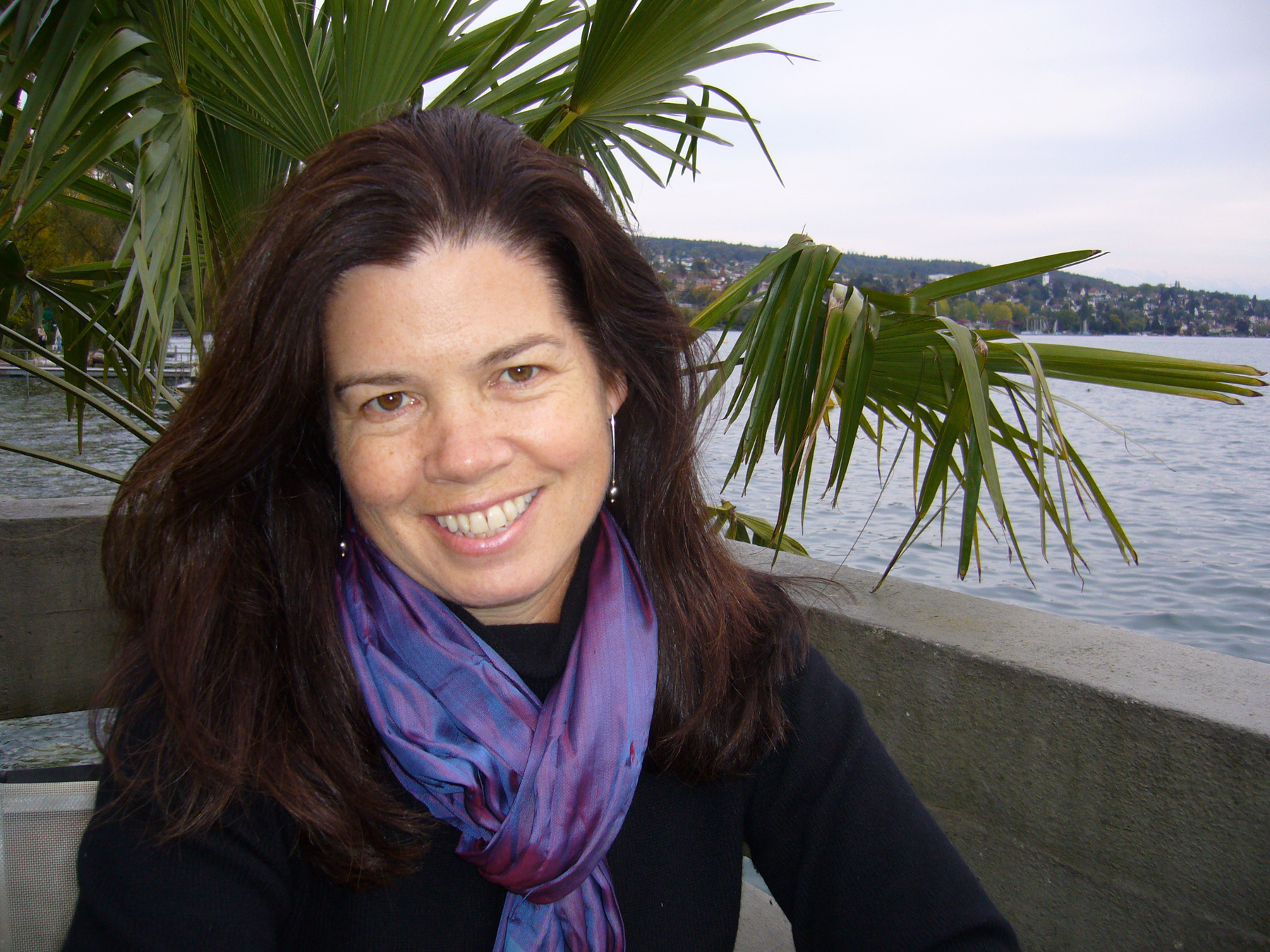 Granito: How to Nail a Dictator

An Interview with Filmmaker Pamela Yates

By Jennifer Wilmore, student at Columbia University’s School of International and Public Affairs Pamela Yates is an American documentary filmmaker and co-founder of SkylightPictures, a company dedicated to creating films and digital media tools that advance awareness of human rights and the quest for justice.  In 1982, at the age of 24, she traveled to Guatemala to shoot footage of the hidden war unfolding there between the military government and guerrilla forces. While in Guatemala, Yates also witnessed the government’s genocidal campaign being carried out against the Mayan people mostly, in which at least 200,000 individuals were killed, “disappeared” or forced into exile.  Skylight Pictures used this footage to create a film called When the Mountains Tremble, which won the Special Jury Award at the 1984 Sundance Film Festival.

Since then, Yates has created films on a variety of issues, including poverty and homelessness in the United States, terrorism, and the International Criminal Court. Her current Sundance offering, Granito: How To Nail a Dictator, takes viewers back to Guatemala – along with Yates herself, who is the central figure of the film. Partly a political thriller and partly Yates’ memoir on filmmaking, this feature-length documentary spans four decades to take audiences through a haunting tale of genocide and justice. In the film, Yates revisits her 1982 footage to find evidence that would be entered in an international court case to prosecute those most responsible for the genocide in Guatemala.  Granito is currently up for Academy Award consideration. She also recently directed the development of Granito: Every Memory Matters, a transmedia project using mobile applications to gather testimonies from victims in Guatemala and members of the Guatemalan Diaspora in the U.S.

I had the opportunity to talk with Pamela at a Manhattan café during a busy week for her. She was premiering Granito in New York theaters, and then shortly after our meeting she left for Los Angeles to premiere the film there. To qualify for Oscar consideration, the film had to have a commercial run for at least one week in both locations. What follows is a glimpse into our very interesting conversation in New York.

What do you believe documentary films uniquely contribute to human rights struggles?

I think the films and media offerings we do humanize the struggle for human rights.  You probably notice that I use a lot of close-ups of faces in my films. That’s because connecting with the eyes of another person fires something in the brain that connects us as human beings. You can have brilliant, footnoted reports.  You can have good television reports.  But long-form documentaries take you on an emotional journey to meet people you probably would never be able to meet.  It also brings the voices of the powerless and of the victims into places where they might not be invited to go.

A film that had an effect on me in terms of wanting to be a filmmaker and choosing films about human rights and the quest for justice was To Kill a Mockingbird.  I didn’t articulate it at the time, but now looking back, I realize it.  I saw it when I was the same age as Scout, and the fact that a six-year-old could actually make a difference – and also this extreme sense of injustice that she had – had a really profound effect on me.

How did you first end up coming to New York?

I ran away from home when I was 16 to the most exciting and dangerous place I’d heard about: New York City. I’m from the Appalachian Mountains in Pennsylvania, so this was like Oz. We used to listen to transistor radios under our covers at night – me and my sisters – and we would get the New York stations, and I was always like, “That’s where I’m going.”

Did you know then that you wanted to do filmmaking?

You know, I always had artistic sensibilities. I’m from a part of the Appalachian Mountains where storytelling is very big. The currency in my town was how good a story you could tell, and my father was a great storyteller. So I think filmic storytelling is just an extension of that cultural richness that I took with me from this Irish-American enclave in the mountains of Pennsylvania.

For When the Mountains Tremble, your 1982 film about Guatemala, you were able to interview some high-level people, including then-President Ríos Montt and top military officials. How did you get that kind of access?

It took a long time and a lot of persistence.  I also realized that I was at this particular moment that I could use to my advantage.  President Carter had cut off military aid to the Guatemalan military because of egregious human rights violations.  And then President Reagan was elected in 1980.  The Guatemalans wanted him to re-open military sales to expand the counter-insurgency campaign, and he was very open to that.  So they saw me and the crew as a megaphone for supporting that in the American public.

What did they think you were doing there?

Well, I never lie.  But I also don’t always tell the full story, and in that case I was concerned for my safety and the safety of the cameraperson, Tom.  Basically, we were just making a very broad statement that we wanted to tell the story of what was happening in Guatemala, and we really needed to have the military point of view.

Rigoberta Menchú, an activist who went on to win the Nobel Peace Prize, is the narrator of When the Mountains Tremble.  How did you come to know her?

Someone brought her to our studio in New York.  She was so magnificent in the way that she spoke that we decided to show her parts of the assembly of the film, because we were at this impasse, where we had all these great scenes but nothing to really hold it together as a film.  She watched the assembly, then came back and for a few days looked at everything, and she wrote her part.

When exactly did you film her?

In 1983.  She’s actually never in Guatemala, because she was in exile, but the way we filmed makes you feel like she’s a part of it. So her story is told in parallel with this story of what was going on in Guatemala.

You have said that in 2003 a lawyer asked you to look through outtakes of your 1982 footage for evidence that could be used in a genocide case in the Spanish national courts. Was it through this process of revisiting your old footage that you decided to make your newest film, Granito, partly a memoir?

Well first of all, the story was so circular about destinies.  Rigoberta was the plaintiff that brought the case.  So that was one thing.  And then when we started to look through the footage, I saw myself in the footage.  I’m in every single shot, either at the beginning or the end of the shot.  And I realized that I could actually make the film about documentary filmmaking.  I realized I could be a witness.

There’s a part in Granito where you show When the Mountains Tremble to children in the Highlands area where people were killed in the 1980s – was that the first time they had seen the film? Do you find that younger generations’ parents haven’t really been telling them these stories?

And then sometimes I think people who have been persecuted feel on some level like it’s their fault and don’t want to share it with anyone else.  For a long time, a lot of the villages in Guatemala thought they were the only ones attacked.  It was only many years later when they all came together that they realized it was this widespread and systemic plan.

Granito follows the process of building a genocide case in the Spanish courts against Guatemalan military forces from the 1980s.  Have people actually been arrested and convicted through this court?

No, but there’s actually this trend happening in Guatemala.  It’s what they call the “Pinochet effect,” where you start with an international court, and that makes it possible for the domestic court cases to move forward.  The fact that there was an international case in Spain emboldened judges and prosecutors in Guatemala into saying, “Now that this evidence has been uncovered in the Spanish national court, we can take that evidence and do it here.”

What would you tell students who might want to get involved with your production company?

Send me an email. Pamela@skylightpictures.com.

Jennifer Wilmore is pursuing a Master of International Affairs at Columbia University’s School of International and Public Affairs, with a focus on human rights and a specialization in international media, advocacy and communications.