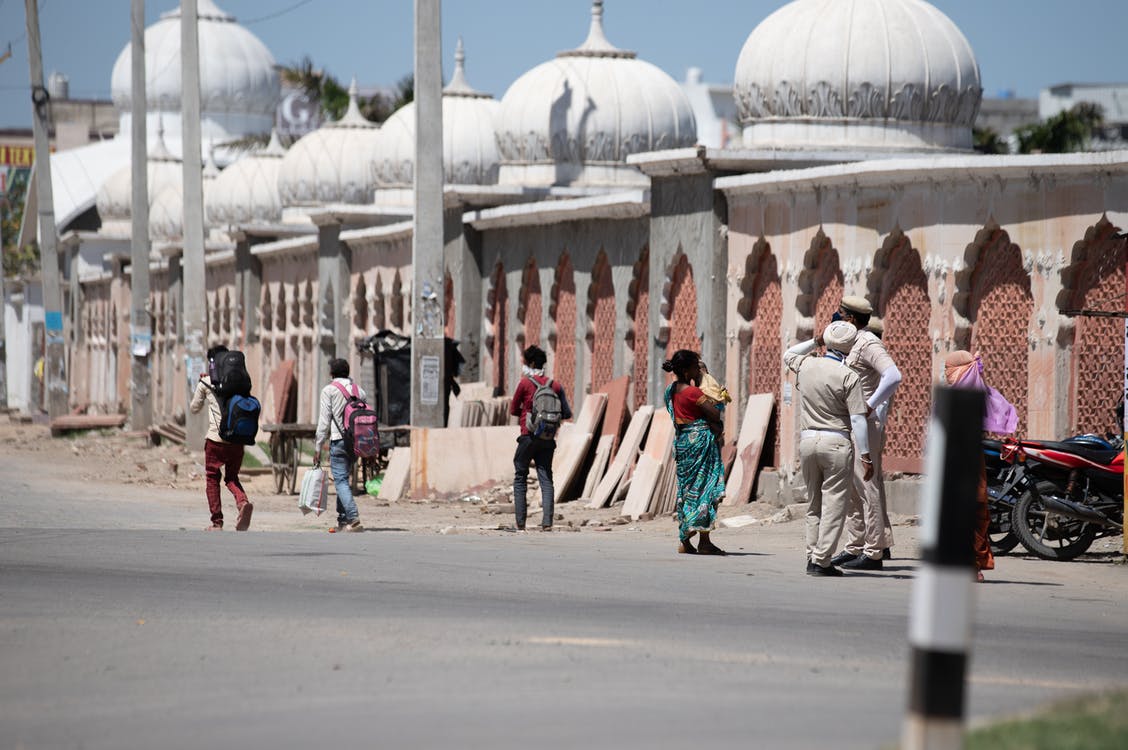 By Guest Contributor Yash Karunakaran. Yash is an alumnus of the University of Illinois at Urbana Champaign College of Law and the National Academy of Legal Studies and Research (NALSAR). He is currently an advocate practicing before the Supreme Court of India and the Delhi High Court. He is also involved with a civil society organization that helped arrange for travel, food and medicine for migrant workers stuck as a result of the Covid-19 lockdown in India. This organization has filed Petitions before various Courts challenging state restrictions placed on the return of migrant workers.

The primary weapon used to counter epidemic outbreaks within the Indian subcontinent has, for the past 123 years, remained the 1897 Epidemics Act. The legislation grants special powers to State Governments, allowing them to make their own regulations to counter the spread of disease. This piece analyses the colonial history of the Indian response to epidemics, highlighting how it colours the manner in which the Indian State operates to this very day.

The colonial era response to disease, i.e., of executive highhandedness and a lack of concern for the poor, has seemingly been replicated by various parties in power both pre, and post- independence. Even today, the Indian state chooses to use excessive coercive force as a manner by which it can create or regulate a certain form of social behaviour. When we look back at the British era response to Cholera, we see how the Cholera-induced deaths of white soldiers and generals during the siege of 1857 led to the growing suspicion that it was spread by the local camp followers – all of whom were all indigenous civilians. These individuals mostly hailed from the lowest echelons of Indian society and were hierarchically ranked the lowest within the military. These individuals were treated as a different class of citizens, who barely deserved any care or attention.  No efforts were made to introduce medical care or hospitalization for the indigenous population.

The closest the East India Company came to intervening in civil life was an attempt to study the link between Hindu pilgrimages and the spread of the disease, thereby resulting in the Company regulating the sanitation of such sites. European observers of the 1817-1821 outbreak noted one aspect of the disease that would be of particular significance for the subsequent history of disease in the subcontinent – its predilection for the poor and the undernourished.

This act of valuing a certain class of lives while barely caring for the other has not left us; it is alive in the approach taken by the Indian Government towards wage labourers and migrant workers during this period of lockdown. Judith Butler, in her writing on Precarious Life, spoke of how specific lives are never apprehended as injured or lost, if they were not apprehended as having been lived in the first instance. For a life to be ‘injurable’, i.e., that it could be neglected or destroyed, we accept the fact that such life is not only finite (that it shall certainly end in death) but that it is also precarious. This precariousness implies that life requires various social and economic conditions that need to be met. Thus, living in a society, the value of one’s life is always in the hands of others. The value of life is drawn from the fact that in the absence of care, it may be lost. Thus, grievability exists for a life that matters. In the absence of this ‘grievability’, there is something that isn’t a life, or rather, there is no life. In such a ‘no life’, it would be a life that has never been lived, therefore there exists no regard nor testimony, and such life is ungrieved when lost.

During the Cholera epidemic, there existed no respect or value attributed to the lives of the indigenous. No steps were taken to set up a civil medical association nor were basic healthcare systems made available to them. Applying Butler’s approach here, the only grievable life was that of the British or at most the lives of those indigenous who served as foot soldiers for the Company. This approach was continued by the British India Government in the subsequent Bombay Plague Outbreak, where they claimed  in the absence of a vaccine against the disease, there was nothing that they could do to help the indigenous. However, this was only half true; even though there was no vaccine, steps could have easily been taken to avoid the rapid spread of the disease within indigenous settlements. Basic steps (proper identification of the source of disease, effective quarantine) were already being practiced in civil lines and in British Settlements, but no move was made to try and set up these systems in rural areas (or rather, areas without British residents). It was only when concerns were raised that the industrial workforce was dwindling due to indigenous labourers falling ill, that the British Indian Government was forced to act. The Epidemic Diseases Act, drafted during the time of this plague, became an instrument of colonial domination and control.

The Act was often used to prevent the gathering of protestors in large numbers, prohibiting railway bookings, locking down areas where protests were simmering, imprisoning freedom fighters, and so on and so forth. The response to this legislation was of course, one of distrust and riot – the 1900 Plague Riot of Kanpur being one such example. Again, most individuals targeted under the law were those hailing from the economically or socially weaker sections of society. Rarely were any of the urban elites subjected to such treatment (with the exception of a few freedom fighters). Further, the planning of major Indian cities was done in a manner so as to safeguard the urban elite from disease.

While India is no longer a suzerain subject, this cultural context of domination behind the Act still plays a part in how it is currently being used to implement the Covid-19 lockdown. The justification given for this sudden lockdown is that if it were to be forewarned, workers would carry the disease back to their districts of origin, thereby escalating the crisis at hand. However, one may then ask – what about those citizens stranded in foreign locations that were flown back to India? Further, when the extended lockdown was announced, the underlying assumption was that citizens could ‘just stay home’ and be ‘heroes’. How would this logic apply to workers who are now stranded on city streets, evicted from their places of work but now also unable to head home?

The implementation of the lockdown without these considerations shows not a lack of planning, but rather a calculated cost the state is ready to pay. The lives of lakhs of migrants have been weighed against the danger Covid-19 poses to the urban elite.

These lives are of no concern to the Government, they are what Butler calls the ‘ungrieved’, those who have a life not lived, and where there is no concern or grief when such life is lost. That is why it is so easy for the state to impose such a costly lockdown, because such lives do not often make the news the same way in which widespread deaths of middle or upper classes persons in an urban setting would (i.e., lives that are traditionally considered ‘grievable’).

There exists a need to counter the apathy we have towards the plight of those less fortunate than ourselves. This requires that we be empathic towards daily wagers and migrant workers, on the backs of whom our roads have been paved and our cities have been built. It is natural to understand the desire to return home in times of crisis, and to be surrounded by those we know, and it is incorrect to paint this desire as an attempt by the ill-informed to spread disease.

The response to epidemics in the Indian context have always been at the cost of the socially and economically backward. There is a need to break away from this chain and value the lives of all citizens equally. Unfortunately, with the current state of things, and the manner in which states are treating migrants, this goal remains a distant dream.