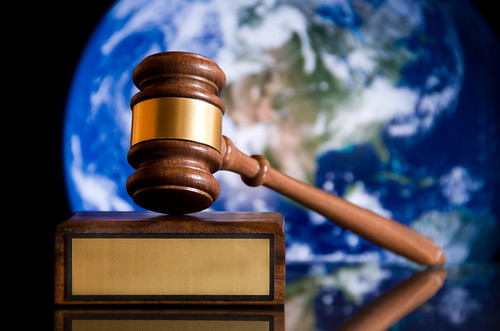 “Comparison is in many ways a useful mirror into which we look, and by looking we notice things about ourselves and our own country and our systems that sometimes might please us [and] that sometimes might give us pause and even cause us disappointment and dismay.” – Professor David T. Johnson

On October 12th, the Columbia Law School hosted an event entitled “Criminal Justice in Japan – A Comparative Perspective” addressing the question of what we can learn from differences between criminal justice in Japan and the United States. The event was moderated by the executive director of the Center for Japanese Legal Studies, Nobuhisa Ishizuka, and featured two speakers: David T. Johnson, a professor at the University of Hawaii, and Kiyo A. Matsumoto, a United States District Judge at the Eastern District of New York.

Differences between Japan and the United States

According to Franklin E. Zimring, the author of the book, “The City That Became Safe,” America’s crime rate has been in decline  since the 1990s. The largest and longest sustained drop in street crime ever experienced by a big city in the developed world is in New York City. However, when one compares NYC to Tokyo, one can conclude that, in terms of crime,such as homicide, NYC is still not as safe compared to Tokyo as Professor Johnson said. Additionally, other East Asian cities are far safer than NYC.

When it comes to criminal justice, the incarceration rate, and killings by police in the US are by far higher than they are in Japan. Professor Johnson believes the availability of guns might partly explain the lower rates of homicide and killings by police in Japan, as guns make homicide easier and policing more dangerous. In addition, the professor argues, Japan uses criminal sanctions far less and more carefully  than the United States.

The role of admission of guilt

In the US, the significant trial tax and the high chance of receiving a longer sentence if someone loses in a trial make it nearly impossible for many defendants to reject the offers made by prosecutors. In Japan, however, suspects of crimes have the right to remain silent, but they are not entitled to have a lawyer present during interrogation nor can they request that their testimony be registered in a dossier. In addition, interrogations tend to be long. These characteristics of the Japanese “Hostage Justice” system may lead defendants to admit guilt regardless of whether that is a lie or truth. They do so to get out of the interrogation, explained Professor Johnson.

The number of cases that go to trials is significantly lower in Japan than in the US, added Executive Director Ishizuka. This might suggest that prosecutors are less interested in exercising their power. Professor Johnson believes the conviction rate, excluding plea bargain numbers in the States, is lower in Japan because prosecutors in Japan are more cautious, only bringing cases to trial when acquittals are not likely to happen.

This cautiousness, which Professor Johnson referred to as “shinsho”(しんちょう [慎重]), in Japan leads to several questions. First, perhaps Japan is failing to prosecute ‘all’ cases, even necessary ones. Second, going further with the first question, deterrence might not be the primary goal in Japan as it is in the States. Third, the high conviction rate discourages the supply of defense lawyers. Fourth, judges in Japan might be longing to see a case where they can adjudicate, or they might assume that the trials are beyond a reasonable doubt only by knowing that trials have been brought, Professor Johnson said.

Differences in the Exercise of Prosecutorial Discretion

Despite these questions, Professor Johnson stated that the main reason for the high incarceration rate in the US is “prosecutor-driven prison admissions.” Additionally, the plea bargaining is not well-protected by international laws, said Professor Johnson.

Judge Matsumoto, a District Judge for the Eastern District of New York, explained the processes of the US justice system before a trial. Before a trial, a grand jury must agree to the indictment. There are regulations to protect a suspect’s rights in the US grand jury, such as only admitting legally obtained evidence. For example, any evidence gathered without a lawyer’s presence after a suspect requested a lawyer must be suppressed in the US. The grand jury does not exist in Japan, and unlawfully obtained evidence may be used.  There are exceptions in both countries. This “fruit of the poisonous tree” concept, which describes a doctrine that extends the exclusionary rule to suppress illegally obtained evidence, exists in Japan. In practice, however, it is frequently ignored. The concept tends to be  interpreted as a right to remain silent while enduring questions.

Professor Johnson added that by no means is the Japanese criminal system perfect. However, from a strictly comparative perspective, more things could be improved in the American justice system. Judge Matsumoto points out the higher incarceration rates of people of color and the privatization of prisons, which is a highly controversial topic. However, the judge also pointed out that hope is not lost in the US. For example, the federal government has released a sentencing guideline, which is now mandatory to reduce disparity of criminal sanctions among the states and reform the justice system. There has been some progress especially for the treatment of non-violence drug crimes, said Matsumoto.

From a comparative perspective, both countries’ problems in criminal justice become amplified, especially the incarceration rate in the States. However, too many factors play important roles in two justice systems on top of pre-existing cultural differences: plea bargains, regulations on interrogations, presence or absence of a grand jury, laws in practice, and statistical differences.

This makes it hard to claim that the Japanese system is “better” on face value. Many regulations, which do not exist in Japan, might be the reason for the United States’ lower conviction rate, excluding the number of plea bargain cases. Existing racial biases and inequality in wealth are also factors in the American justice system. Plea bargaining prosecutors incarcerate people without trials, and vigorous adversarial defense lawyers may charge higher rates and may then be available only to wealthy people.

The story of Kalief Browder shows that the problem in the US is real, not theoretical. Browder spent 3 years in the Robert N. Davoren Center, without a trial, after being charged for robbery in the second degree and other crimes. Browder’s trial was delayed 31 times by a request of the prosecutor and neither him nor his family were too poor to pay ransom or afford a defense lawyer. The appointed lawyer was overwhelmed with other cases and failed to take effective measures for Browder. The latter never accepted any offer from the prosecutor because he wanted to seek justice and prove innocence. In the meantime, Browder had to suffer from physical and sexual violence in jail, in addition to spending 800 days in solitary confinement, out of 1110 days of imprisonment. Later it was found that the prosecutor did not have any good evidence for this case; it was clear that the prosecutor’s main goal was to keep Browder in jail by delaying his trial and breaking his will so he would have no choice but accept the off After the prosecutor dropped the case without any compensation or even an apology, Browder was released from prison but killed himself two years later.

Almost every problem in the American justice system can be found in Browder’s blood-boiling story. Presumption of innocence was ignored in the name of plea bargain, an innocent adolescent had to suffer from incarceration, violence, and solitary confinement, and seeking justice was impossible due to lack of financial means.

In the US, the suspects who lack sufficient legal knowledge and help can easily be turned into criminals. Thus, the prosecutors and police – the law enforcement agency – can abuse plea bargaining as a means to gloss over their misjudgment, bringing criminal charges against innocent suspects. The justice of the legal system can be threatened, as in Browder’s case,  by the fact that the suspect is from a low-income household and is black, a target of racial discrimination.

Getting back to a comparative perspective, one thing that ties the two countries together is that reformation is hard to achieve. However, the challenge of reform must be taken on for the sake of the human rights of those involved in either country’s criminal justice system.