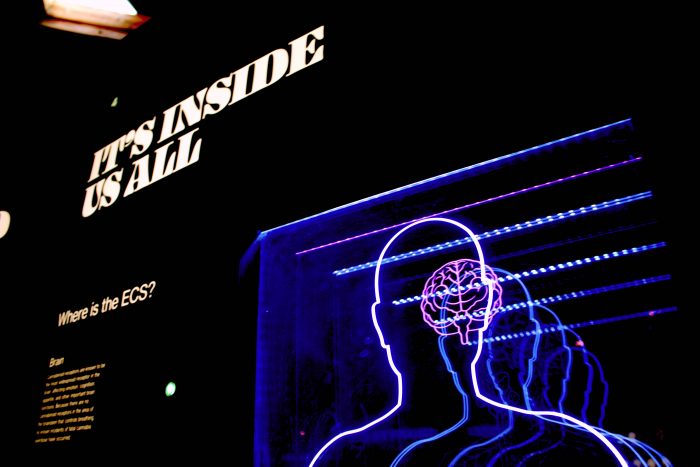 Did you know that the human body has a system named after cannabis? The endocannabinoid system (ECS) was formally discovered only recently in 1988. Because it is relatively new to science, the ECS is not widely known to those outside of the medical profession.

What is the Endocannabinoid System?

The word endocannabinoid is made up of two parts. Endo stands for endogenous, which means substances produced internally by the body. And cannabinoid signals their similarity to cannabis. Endocannabinoid, therefore, refers to cannabis-like molecules that occur naturally within our bodies.

There are two main types of cannabinoid receptors: CB1 and CB2. CB1 receptors mainly exist in the brain. They regulate the activity of our neurotransmitters to adjust our systems based on internal or external stimuli. CB1 receptors are the mediators of any psychoactive effects that result from cannabis use.

CB2 receptors are more often found in the immune system. They play a critical role in modulating our immune response and has a vital part in managing inflammation. CB2 receptors are the preferred targets of medical research because they do not produce the unwanted high often associated with cannabis.

The ECS: Learning and Memory

There have been numerous studies performed to access the role of the ECS in our everyday lives. The current evidence shows that the ECS regulates both learning and memory. In addition, endocannabinoids have been found to be a key component of synaptic plasticity or learning function.

The most consistent observation made regarding CB1 is that the stimulation of the CB1 receptor appears to temporarily disrupt working memory. At the same time, long-term memory remains largely undisturbed. After a period of abstinence from cannabinoids, working memory tends to return to normal function.

From the existing research, it is believed that the administration of delta9-tetrahydrocannabinol (THC) can alter our capacity to both learn and remember. The ability to trigger ‘forgetting’ offers promise in the field of PTSD treatment, where patients are trapped in a detrimental state of pathological recollection.

The ECS: Appetite and Weight

A known side effect of cannabis use is ‘the munchies’, the informal term for an increased appetite. Research has demonstrated the central role of the ECS in regulating the homeostatic elements of appetite and eating. Dietary patterns and feelings of hunger or fullness can conversely influence ECS activity.

In addition to homeostatic factors, the ECS has also been found to influence hedonic eating. Hedonic eating is the desire to consume food in the absence of hunger. In these cases, food acts as a physical or psychological reward. Endocannabinoid ingestion is thought to increase hedonic eating, possibly by improving the palatability of food.

A deeper understanding of the ECS could offer opportunities to address appetite moderation and food intake for target groups such as the obese, people with eating disorders, and the sick or elderly suffering from malnutrition. However, careful further research is needed to avoid repetition of the rimonabant slimming drug failure.

Certain conditions like fibromyalgia, migraines, and irritable bowel syndrome challenge medical practitioners. They can affect more than one system and are notoriously resistant to treatment. This is why they are sometimes referred to as ‘functional conditions’.

As researchers discover more about the ECS, they have come up with a theory that suggests that low or dysfunctional endocannabinoid levels in the body can lead to the development of such functional conditions. This umbrella condition is referred to as clinical endocannabinoid deficiency (CECD).

It is still early days in endocannabinoid research. With time, the advancement of our ECS knowledge could help us better understand these tricky, multi-system conditions. With more research, scientists may be able to formulate treatments that can address these conditions more effectively.

Scientist and cannabinologist Greg Gerdeman, Ph.D. has been studying the ECS for several decades. He believes that cannabinoids are the new frontier of biomedical research. The study of the ECS has grown from attempts to understand a taboo drug to broad-based exploration into the intricate and complex inner workings of our bodies.

Today, many countries are en route to medical cannabis legalization. France is trialing the use of CBD to treat epilepsy in children and the US is studying how CBD affects the sleep quality of persons with multiple sclerosis. Each day, medical researchers stand at the dawn of discovery.

The endocannabinoid system is a remarkable network that exists within our bodies. As scientists explore the ECS, there is hope for more medical breakthroughs ahead. With luck, we will be able to harness the potential of cannabinoids and alleviate suffering for those who need it most.