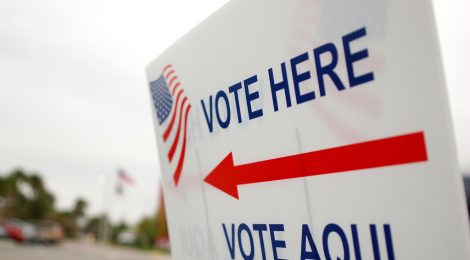 Campaign Finance in the Past 40 Years: An Overview

Paris Wilkerson / October 31, 2017 / Comments Off on Campaign Finance in the Past 40 Years: An Overview / Online, Uncategorized

On April 2nd, 2014 the Supreme Court handed down a decision that was met with a wide variety of reactions, from support to disinterest to deeply held anger – the ruling in McCutcheon v. Federal Election Commission. Written by Chief Justice Roberts, the decision hinges on the concept of money as speech that finds its roots in precedent reaching back more than forty years.

Campaign finance has, historically, been a subject riddled with controversy. In 1971, in the wake of  the Watergate Scandal, Congress introduced The Federal Election Campaign Act (FECA) in an effort to check corruption at the highest echelons of government and to restore the faith of the voter in government. The FECA went on to easily pass in the Senate with 88 votes for and only two votes against. Through a series of amendments of the FECA in 1974, the Federal Election Commission (FEC) was created, and new provisions were formed which required every candidate, party committee, candidate committee, and political action committee active in an election cycle to disclose all contributions and expenditures, and placed limitations on the total amount an individual could  donate to a political candidate or party during a given year.

In 1975, Senator James Buckley along with former Presidential Candidate Eugene McCarthy and various NGOs brought suit in the District Court of the District of Columbia against Francis Valeo, then Secretary of the Senate, based on the claim that the Federal Election Campaign Act’s limitation on campaign contributions was unconstitutional. The Supreme Court granted certiorari and heard the case in 1976. In Justice Warren E. Burger’s opinion announcement, the Court upheld the FECA’s restrictions on the amount of money an individual can donate to a candidate or committee, stating: “The Court holds that the contribution limits do not directly impinge upon the rights of individual citizens and candidates to engage in political debate and discussion.”[1]

The Supreme Court also went on to claim, “The Court holds that the expenditure provisions, the expenditure limitations are violative of First Amendment guarantees and they are unconstitutional.”[2] Limits on direct contributions to a candidate or committee were deemed constitutional but limitations on expenditure provisions were deemed unconstitutional. In further explanation of this seeming conflict, the majority decision claimed that restricting the expenditures from a candidate’s personal funds and overall campaign expenditures placed a harmful burden on “political expression,” and therefore violated the First Amendment.[3] Though Buckley v. Valeo upheld limits on direct contributions to political candidates or committees, by invalidating restrictions on expenditures, the justices validated a notion that had been bubbling under the surface of campaign finance for a long time – the idea of the allocation of money being entitled to the same protection as one’s speech under the First Amendment.

In 2001, Senators John McCain and Russ Feingold introduced the Bipartisan Campaign Reform Act (BCRA), which implemented two reforms. First, it placed limits on how much money the contributors could donate to specific recipients. Second, the act created an aggregate limit on how much money an individual could donate during a campaign cycle. Shaun McCutcheon, backed by the Republican National Committee, sued the FEC on the grounds that the  aggregate limit violated his right of free speech under the first amendment.

In its ruling, the Supreme Court struck down the aggregate limits an individual could contribute to any federal political associate (PACs, parties, or candidates). Speaking for the Court, Justice Roberts explained that the court deemed the aggregate limit of the BCRA failed to achieve its primary objective of curbing corruption, in addition to placing serious restrictions on an individual’s right to freedom of speech. He elaborated that although limitations on individual contributions were a less commanding constraint on one’s political thought, they can only be justified under a “rigorous standard of review established by our prior decisions.”[4]  Since the aggregate limit placed in the individual through the BCRA is a “law that restricts political speech” but does not “avoid unnecessary abridgement” of First Amendment rights, it does not rise to the standards placed in Buckley v. Valeo.[5] Therefore, these restrictions infringed on an individual’s right to freedom of speech protected by the First Amendment. This decision, along with Citizens United v. FEC,  solidified the conception of money as speech.

Though the idea that money is a form speech is one that has been legitimized through the system of courts, it is important to recognize that opinions of the courts are not homogenous. In Justice White’s dissent for Buckley v. Valeo, he argued exploitation that has since become one of the main concerns of unregulated campaign finance – those who gives large sums of money to a candidate may “enjoy political favor if the candidate is selected.”[6] In the dissent of McCutcheon v. FEC, Justice Breyer emphasized that the loosening of campaign finance rules, especially regulations on soft money – money donated directly to a political party –  places the integrity of our political institutions at risk.

Soft money donations, in particular, is something that politicians and committees have all benefited from regardless of party. The notion of money equalling speech has been normalized as a part of the broader American political system. With big money infiltrating every nook and cranny of our political system, individuals have become  overwhelmed and disarmed. Two points linger in the midst of this pessimism. In the first place, major campaign finance law was introduced for the first time in 1971. The past 40 years may not be marked with infinite progress, but it has become proof that change – whether positive or negative – can occur. Second, Americans have an ever increasing consciousness of the problems relating to a lack of regulation of campaign finance. That growing concern could, eventually, transform into actionable legislation. Though the task may seem daunting, achieving meaningful campaign finance is more important than ever. The American people deserve to live in a society where the student, the farmer, the teacher, the everyday lawyer, the doctor, and the police officer’s voice are not forced to compete with the seemingly endless flood of money from corporations or a select number of individuals.

← On Amazon’s Entrance into the Grocery Business—A Legal Analysis
Technological Self-Incrimination: The Precedent of Biometric Unlocking →