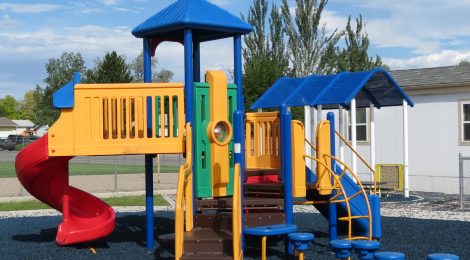 There are two parts to the religious freedom guaranteed in the First Amendment: the Free Exercise Clause and the Establishment Clause. The Free Exercise Clause states, “Congress shall make no law […] prohibiting the free exercise [of religion].”[2] This means that the federal government cannot regulate one’s religious beliefs or the expression of those beliefs. The Establishment Clause states, “Congress shall make no law respecting an establishment of religion.”[3] The Establishment Clause forbids the government from endorsing or favoring any religion and defines the “wall of separation” between church and state.[4] As many of the original colonists emigrated to the New World to escape religious persecution, the separation of church and state is fundamental to the founding of the United States.[5]

With differing opinions amongst the justices—the majority arguing for the importance of the Free Exercise Clause and the minority arguing for the prevalence of the Establishment Clause—the ruling in this case has challenged a long history of secular government and raised the possibility of state-sponsored religion.[6] The Court concluded that Trinity Lutheran’s exclusion from the program was a violation of the Free Exercise Clause. However, it can be argued that allowing the church, a religious institution, to receive a grant from the state violates the Establishment Clause of the First Amendment by allowing direct state funding of religious organizations.

The Free Exercise Clause and Establishment Clause often “come into conflict,” but the resulting settlement by the courts is supposed to strengthen the wall of separation between church and state while preserving the religious freedom of the individual.[7] With Trinity Lutheran, the Supreme Court’s decision has done just the opposite.

The Court held 7-2 that Trinity Lutheran Church had been unfairly denied scrap tire playground resurfacing under the Free Exercise Clause. The Scrap Tire Program forced Trinity Lutheran to choose between receiving an otherwise publicly available benefit or its religious beliefs. The Court reasoned, “Trinity Lutheran was denied a grant simply because of what it is—a church,” and in so doing the state of Missouri violated Trinity Lutheran’s Free Exercise Clause right by attempting to censor the church’s freedom of religion in exchange for participation in a government program.[8] The Court likened the case at hand to their decision in McDaniel v. Paty (1978), in which the Court reasoned that imposing the “burden” of having to choose between being a member of the ministry and running for public office unfairly discriminated against those with strong religious convictions under the Free Exercise Clause.[9]

In Trinity Lutheran Church of Columbia v. Comer, the majority of justices focus on the Free Exercise Clause, while the dissenting justices raised concerns over the Court’s ruling under the Establishment Clause.[10] The dissenting justices argue that the ruling opens the door to allow religious organizations to be directly funded by the government.[11] The opinion of the Court contends that the playground in question, although affiliated with the church, was not advancing the church’s religious mission. The dissent claims that the playground advances the church’s religious mission.[12] In fact, the Trinity Lutheran Church Child Learning Center, of which the playground is a part, claims to “incorporate daily religion” into a “school and optional daycare program,” although it is unclear to what extent.[13]

A definitive test that determines whether a statute regarding religion is Constitutional under the Establishment Clause was set out in the 1971 case of Lemon v. Kurtzman, argued in front of the United States Supreme Court.[14] To pass the “Lemon Test,” a “statute must have a secular legislative purpose,” must not advance or inhibit religion, and must not excessively entangle the government with religion.[15] If Trinity Lutheran Church is in fact utilizing the playground to advance its religious mission, then the state-funded Scrap Tire Program would have advanced a religious agenda if allowing Trinity Lutheran a grant.

While the Court appears only to rule on the matter of playground resurfacing with regards to religious beliefs in the case at hand, there is no real line between “religious belief” and “religious use” as pointed out by Justice Gorsuch in his concurring opinion (joined by Justice Thomas). Justice Gorsuch states that it is impossible to determine whether it is “a religious group that built the playground” or “a group” who built “the playground so it might be used to advance a religious mission.”[16] Had the playground been funded with federal money, the latter could well be a violation of the Establishment Clause, as federal money would directly advance a religious mission, in violation of the Lemon Test. If it is indeed impossible to distinguish between the two circumstances, as Justice Gorsuch contends, then Trinity Lutheran Church v. Comer could well change the very nature of the relationship between church and state. While Trinity Lutheran deals only with “religious identity,” if religious identity cannot be separated from religious practice, then the precedent set by this case could be used to argue for federal funding of churches and religious organizations through other state-sponsored programs.[17]

Amendments to state Constitutions—such as the one found in Article I, Section 7 of the Missouri state constitution—that limit or deny state funding to religious institutions are called “Blaine amendments” and can be found in three-fourths of state constitutions.[18] The Court’s decision here opens the possibility that Blaine amendments may be subject to challenge.[19] Missouri denied Trinity Lutheran Church a grant through its Scrap Tire Program because of the Blaine amendment in its state constitution. Shortly after the Court agreed to hear the case, Missouri Governor Eric Greitens changed state policy to allow religious organizations to apply for grants.[20] The opinion of the Court noted this change in policy, and stated that Missouri could “revert to its policy of excluding religious organizations.”[21] However, the possibility that the constitutionality of such Blaine amendments could be challenged, thus further breaking down the separation of church and state, still lingers.

The majority of justices contend that Trinity Lutheran raises a Free Exercise Clause issue, while the minority of justices contend that the Establishment Clause is more pertinent. If this case truly does deal with a Free Exercise Clause issue, then the religious freedom of the church is protected at the expense of the separation of church and state. The outcome of Trinity Lutheran has the potential to have wide-reaching consequences—such as challenges to state constitutions, school voucher programs, and the American ideal of secular government—that affect more than just religious organizations.[22]

[5] Library of Congress staff, Religion and the Founding of the American Republic: America as a Religious Refuge: The Seventeenth Century, Part 1, Library of Congress (1998), online at https://www.loc.gov/exhibits/religion/rel01.html (visited July 21, 2017).