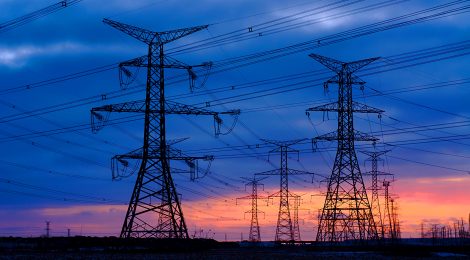 To celebrate the launch of its latest issue, the Columbia Undergraduate Law Review hosted a panel on the role of law in effectively combatting climate change. The Law Review welcomed panelists Michael Burger, the Executive Director for the Sabin Center on Climate Change Law, Julia McCarthy of the Natural Resources Defense Council, and Paolo Galizzi, Clinical Professor of Law and Director of the Sustainable Development Legal Initiative (SDLI) at the Leitner Center for International Law and Justice at Fordham Law School.

The panel opened with the question, “What role ought courts play in combating climate change?” The panelists largely agreed that the answer depends on the whether the political attitude of the time is supportive of the creation and enforcement of legislation intended to ameliorate damage to the environment. When the government is unwilling to work towards such goals, the courts can act as a powerful compelling force. Burger cited the work he did on what eventually became Massachusetts v. Environmental Protection Agency, a 2006 Supreme Court case. The case’s majority ruled that the EPA, under the Clean Air Act, was required to regulate the emission of greenhouse gases. This had been a position the Bush administration had fought, but the Court was able to push the administration in a direction towards more active combating of climate change.

However, the panelists also noted that when the executive and legislative branches do make effort to fight climate change, the courts take a less active role. Though the Obama administration has been far more active than its predecessors, the panelists still saw some work ahead for environmental protection advocates within the legal realm. Most notably, in the wake of the global climate deal struck in December of this past year, it will be necessary to address issues of noncompliance through enforcement. One difficulty facing the agreement is the question of compensation. What might a country like the United States, which has been one of the main contributors to global climate change, owe those countries which have been aversely affected by environmental changes? Though the panelists noted that it is unlikely that the international community will need to address a question like this, as the United States would not become party to any legal agreement that would subject the country to the enforceable demands of another state.

The panelists also offered the audience advice about pursuing a legal career. McCarthy suggested that working before going to law school can be beneficial, as those who do often begin their graduate studies with a more concrete idea of their career goals. Galizzi echoed this sentiment, saying that law school is generally not a great place to “discover yourself,” and one should not make the investment in a JD unless he or she was serious about becoming a lawyer. Burger offered a slight dissension to these opinions. He noted that the legal profession has a poor retention rate, as many lawyers opt out after some time to pursue other careers. He framed that potential for a later professional reversal as a benefit of going into law.

To read our Spring 2016 volume, released at this event, including an article addressing the role of the legal system in the fight against climate change please follow this link.

← Spring ’16 Issue
Making It Up As We Go: A Supreme Court Vacancy →