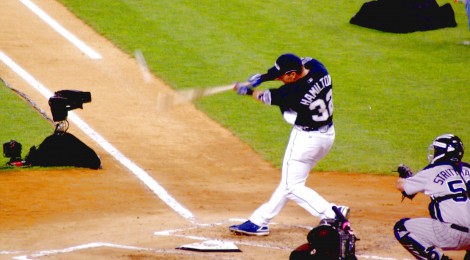 The Monopoly of Major League Baseball

Catherine Pellerin / May 3, 2015 / Comments Off on The Monopoly of Major League Baseball / Online, Spring 2015

The MLB has one of the few lawfully ratified monopolies left in American sports. While there are multiple professional leagues in other sports, such as football’s National Football League and American Football League, no other rivals the MLB in the professional baseball market. While the monopolistic nature of “America’s Pastime” might seem distinctly un-American, its antitrust exemption was established and has been defended in the United States Supreme Court for nearly a century. However, a new challenge to the MLB’s monopoly may soon reach the Supreme Court and threaten this long-lived precedent.

The MLB monopoly controls every aspect of its teams, one of which is its venue [1]. The league has dictated that each of its teams has exclusive rights over the city in which it plays, and that no other professional team may establish itself, or relocate within this area. While the MLB also dictates other aspects of its teams operations, such as their broadcasting and merchandising rights, its jurisdiction over the teams’ locations has recently sparked controversy. This long-standing hegemony may soon be contested by the city of San Jose, which is ready to dispute MLB’s exclusivity through legal action in the Supreme Court.

There are currently two MLB teams in California’s Bay Area; the San Francisco Giants and the Oakland Athletics. The MLB has prevented efforts to relocate Oakland’s team to San Jose, claiming that the city of San Jose is within the exclusive rights of San Francisco’s franchise [2]. In order to sidestep the league, which requires an owner’s vote to approve a change in team location, the city of San Jose sued MLB in June of 2013, alleging that their practices violated antitrust laws [3].

This is not the first time the MLB has been sued for anti-trust violations. In fact, a 1922 case eventually heard by the Supreme Court granted the MLB its antitrust exemption [4]. After the American and National professional baseball leagues merged in 1903 to form MLB, another league, the Federal League, began to compete with MLB for the control of the professional baseball market. When the Federal League collapsed in 1915, the owners of the now-defunct Federal League’s Baltimore team tried to buy a Major League team. When their efforts proved unsuccessful they sued the MLB for alleged violation of antitrust regulations, claiming that the MLB had conspired to eliminate the Federal League [5]. The case, Federal Baseball Club vs. National League, was taken up to the Supreme Court where, in a unanimous decision, the Supreme Court found that baseball was not interstate commerce, therefore not legally subjected to the Sherman Antitrust Act [6].

This decision went unchallenged until 1953, when a player for the New York Yankees, George Toolson, sued MLB claiming that the terms of his contract violated antitrust laws. Again, the case Toolson vs. New York Yankees was appealed in the United States Supreme Court where, in a 7 to 2 decision, the court reaffirmed its 1922 precedent. In this decision, the court stated that if additional antitrust protections in the MLB were necessary, they should come from legislation, not litigation [7].

Only twenty years later, in 1972, the Supreme Court oversaw another challenge to MLB’s exemption from antitrust laws. In a dispute similar to Toolson’s, outfielder Curt Flood claimed that a trade that would move him from the St. Louis Cardinals to the Philadelphia Phillies violated antitrust laws because it did not require his consent in the trade. The court sided with MLB in a 5 to 3 vote citing stare decisis, but the dissenting opinion argued that the business of baseball must now be considered interstate commerce in the same way the merchandising and broadcasting aspects of MLB are regulated as interstate commerce. [8]

This February, the city of San Jose appealed its case against MLB to the Supreme Court. After a U.S. district judge, and the U.S. 9th Circuit Court of Appeals both ruled in favor of the MLB, San Jose’s last hope is to convince the Supreme Court to overturn the decision of Federal Baseball Club vs. National League. San Jose’s case mirrors the 1922 case in many ways. In both cases, prospective owners sued the league for conspiring to prevent the purchase of a team. If the Supreme Court decides to take San Jose’s case, it will have an opportunity to remove the antitrust law exemption granted to MLB almost a hundred years ago.

Given how legal proceedings have changed over the last forty years, it seems inevitable that this antitrust exemption would be struck down if San Jose’s case reaches the Supreme Court. Since the 1972 ruling, Congress has declared Major League Baseball, and all other professional and collegiate sports to be interstate commerce. This drastic change was made in order to justify investigations into the use of steroids in sports. Like the dissenting opinion in Curt Flood’s case, Congress found that sports leagues fall under federal purview because sports leagues operate across state lines. As a result of this change in jurisdiction, the sport must be obliged to comply with the Sherman Antitrust Act. Despite this change in the jurisprudence, the lower courts upheld the outdated precedent, and only the Supreme Court can overturn its own precedent and remove the antitrust exemption.

While the sport of baseball might have been only a local pastime in 1922, it has become a national industry worth more than eight billion dollars today. As the league has changed, the legality of its monopoly is again up for debate. Should the Supreme Court decide to take San Jose’s case, the effects of their decision will extend beyond the Bay Area. By upholding the MLB’s anti-trust exception, the court would undermine Congress’s ability to regulate the sport because the league cannot be simultaneously subjected to and exempt from federal regulation. If the exception is struck down, San Jose may find itself with a new team, and baseball clubs across America will gain more autonomy in their business operations. If successful, one day, American baseball fans may be rooting for professional teams competing beyond the confines of the MLB.