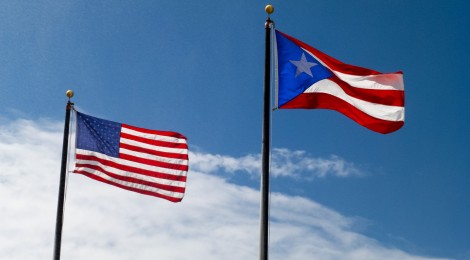 Will It Be Change or More of the Same?

The constitution of The Commonwealth of Puerto Rico was ratified on March 3, 1952 and declared law on July 25 of that year. The establishment of this constitution emerged from the Puerto Rico Federal Relations act of 1950, which offered Puerto Rico a commonwealth status, a form of self-government. Many claim that this concession was mostly due to the United States’ wishes to allow Puerto Ricans, who since the United States’ acquisition of the island in 1898 had enjoyed no say in the administration of the island, to partake in a democratic form of government. Others argue that Congress conceded to receive support in the Cold War, by complying with the international community’s demands for decolonization, while ensuring the prevalence of their sphere of influence in the Caribbean.

Regardless of Congress’ intentions, the implementation of Puerto Rico’s Constitution created a series of constitutional rights that had not been assured to them since the Carta Autonómica of 18971. The Puerto Rican Constitution was drafted with the United States’ Constitution as a base, but is a more progressive document in terms of civil rights. Some examples are Section 5 of Article II, which guarantees free public education as a right for all citizens2, and Section 18 of Article II, which establishes the right of workers to strike3. Moreover, the Constitution also ensures equal rights regardless of sex, a provision that is yet to be established in the United States.

Notwithstanding, Puerto Rico’s Constitution is far from perfect. Although it grants individual citizens an array of liberties, it bestows only limited power upon the insular government. First and foremost, Section 3 of Article VII, states that any amendment must directly comply with the Puerto Rico Federal Relations act of 1950 and must not violate or overrule the United States’ Constitution4. This not only limits the flexibility and variability of the law, but also subjugates change to a long, external, and arbitrary process of ratification. Similarly, Puerto Rico has no say in terms of foreign policy. This implies that Puerto Rico cannot be a member of any international body such as the UN and the IMF, has limited faculties for international trade, and cannot develop monetary policy. All of this leaves Puerto Ricans at a disadvantage especially in today’s globalized world. Even though the government of Puerto Rico possesses the ability to tax, borrow and spend money for the general welfare, as well as make and enforce laws, it is limited by the US constitution, Federal Laws, and Federal Court rulings.

Moreover, Puerto Rico has no voting representative in Congress, even though it is subject to its regulations and decisions. These limitations are a product of the Puerto Rico Federal Relations Act of 1950 and the Constitution, which impose on Puerto Rico all of the limitations of a state but do not give Puerto Ricans any form of representation or power in important aspects of government and create an inefficient model based on dependence and limited self-governance.

Worse yet, other than the implicit limitations of the Commonwealth status, The Constitution contains specific directives that limit the Puerto Rican government’s fiscal policy as well. Section 8 of Article VI directly mandates that the government cover interest payments and public debt before any expenditure take place5. This contingency might be perceived as proof, to investors, of financial responsibility but the reality is it skews the purpose of government from an entity that pursues the welfare of its people to one that firstly guarantees a safe outlet for investment. This clause also prevents the Puerto Rican government from declaring bankruptcy, which in the current economic conditions could be necessary to steer the island to recovery. Section 7 of Article VI further limits the fiscal powers of the island’s government. It stringently prohibits the government from deficit spending6. The aforementioned clause is adverse because it removes the possibility of government playing an active role in substantially increasing the economy’s aggregate demand as a result of spending.

The ramifications of these restrictions began to present themselves towards the end of the 1970s. After a period of economic growth due in part to American investment with mostly untaxed gains, the flaws of the Commonwealth status began to emerge. Eventually, the federal government eliminated cornerstone federal tax breaks and slowly, companies began to limit investments due to diminishing incentives and rising costs due to the lack of infrastructural development. Gradually, a makeshift economy began to emerge because few effective policies to promote local business and industry were enacted. The government, due to misadministration as well as constitutional obligations, began to take out loans to pay its debt instead of building long term plans to allocate funds to crucial areas such as education, health and infrastructural developments.

Nowadays, it is evident Puerto Rico’s commonwealth status is not only constraining for Puerto Ricans but also unfavorable. Currently, the island is in the midst of an eight-year recession that has lead to a steep decrease in purchasing power, which in turn has sparked another mass migration to the US. According to 2013 estimates, migration from Puerto Rico to the United States has increased by 35% during the last decade7. Probably the worst part is that a significant amount is educated professionals leaving in search of higher wages. According to 2012 numbers, 52% of people leaving the island had completed post-secondary studies, causing a massive loss of human capital8. As of May of this year, labor force participation hit a historical low of 39.8 percent furthering a series of underlying problems9. Yet, many think that the worst is yet to come. The current government has been overwhelmed with omens of default. In spite of the fact that austerity measures have been legislated, many believe it’s too late. Even though the government has included significant cuts in its last budget such as a cutback on the governmental payroll, government bonds were degraded by all three major credit agencies, S&P, Moody’s and Fitch, for the second time in four months on July 1st of this year10. Some economists have dared to say that this is no longer a recession but a depression and that unless significant changes are made this downward spiral will continue.

As of today, Puerto Rico is at a crossroads and in need of serious reform. The course of action is far from clear but there is still hope. There are some possible solutions, but there is one that stands out as the most likely to lead Puerto Rico to the best outcome. As part of his electoral campaign, governor Alejandro García Padilla vowed to summon a Constitutional Assembly in 2014 in order to possibly alter Puerto Rico’s political status11. The governor promised to include a variety of political groups to promote dialogue as well as an exchange of ideas. For this democratic process to fully take effect, there must also be an active participation by the people of Puerto Rico. The goals of this process should be directly outlined so that this assembly is not used as medium for partisan deal making but as a true instrument for change.

First of all, the assembly should delimit its desired course of action and what it wishes to achieve with the new constitution. It should establish short and long term goals that promote Puerto Rico’s collective well being. This assembly must consider the document as a whole, point out what clauses have had a negative repercussion on the island, and propose amendments. Also, it should conduct a series of public hearings for citizens to expose the faults in the current constitution and propose amendments. Finally, after a prudent amount of time for the interchange of ideas, a new constitution could be drafted and voted on. This constitution could lay the first stone for Puerto Rico’s future by giving the welfare of its people the importance it deserves.

All of this is far from a definitive solution; many other policies must take place in tandem with the assembly to effectively alter Puerto Rico’s direction and doubts remain whether a Constitutional Assembly will be created. It is true that the current governor has declared his support of a Constitutional Assembly. However, he and his party, the Popular Democratic Party, favor the “status quo” which could damage the hopes of true change taking. The question remains, will the government of Puerto Rico continue to respond to the financial interests that surround the island, such as those of multinational corporations and of a privileged few, or will it put these interests on hold to ensure the prosperity of its people? Furthermore, will the Puerto Rican people renounce the reigning partisan view and initiate a process of national unity for the greater good? Also, will the United States endorse and facilitate a process in which the Puerto Rican people can devise a form of self-government that suits their needs and adequately promotes their interests? All of this is yet to be seen. The fact of the matter is that the longer it takes for these steps to occur the longer and the more complicated the process for change will be. Hopefully, sooner rather than later, Puerto Rico will unite and pave its own route towards a better tomorrow.

← CULR’s Summer Legal Internships
How Should We Define a Refugee? →