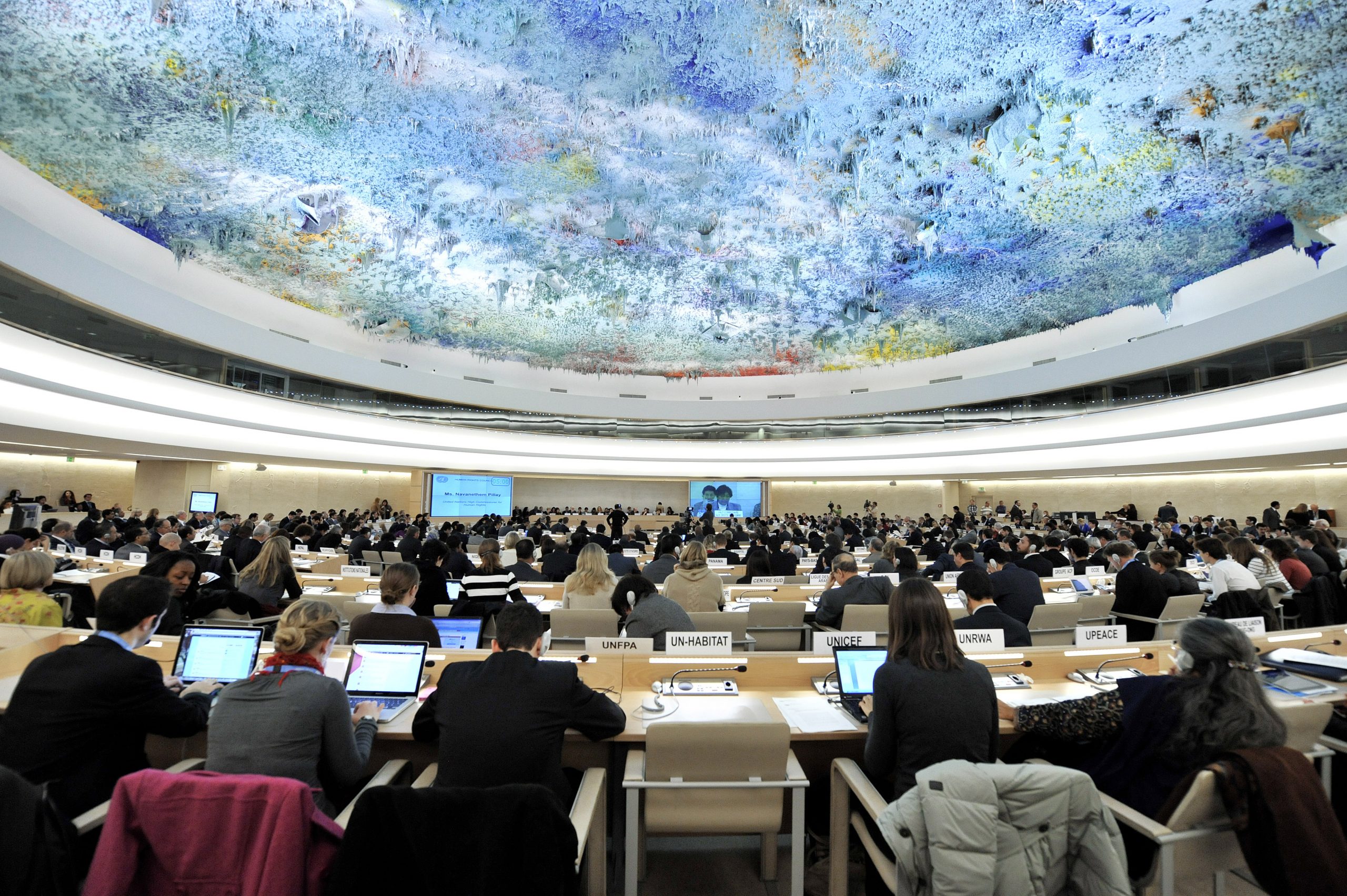 The Human Rights Council and Libya: an historic precedent and missed opportunity

Late last year, with little fanfare, the UN General Assembly voted to reinstate Libya’s membership to the Human Rights Council (HRC). Libya was suspended from the body last winter amid the mass killings of protestors and other egregious human rights abuses perpetrated by Muammar Qaddhafi’s regime and credible threats of continued violence.

For human rights advocates interested in reforming and improving the HRC, the way in which Libya’s membership was restored represents a lost opportunity to build the credibility of the institution by creating stronger criteria for reinstating suspended members.

On March 1, 2011, the General Assembly unanimously took the bold step of suspending Libya’s membership from the Council for committing “gross and systemic violations of human rights.” This action was historic as it marked the first time that a member state was suspended from either the HRC or its predecessor, the Human Rights Commission, for violating human rights. It also helped to boost the credibility of the Council, which is often criticized for having countries with poor human rights records among its membership.

According to the resolution establishing the HRC, “members elected to the Council shall uphold the highest standards in the promotion and protection of human rights [and] shall fully cooperate with the Council.” The problem is that these criteria are aspirational and are enforced only by the voting choices made by UN member states at the General Assembly, which are supposed to take into account the human rights records and voluntary pledges of candidates in annual elections.

The reality is that because the membership criteria are not enforceable, states often vote according to political considerations, which explains how Libya (not to mention China, Russia, and Saudi Arabia) was elected to the HRC in the first place. With the fall of the Qaddhafi regime in August, and the establishment of a transitional government formed by Libyan rebels, the General Assembly had to decide whether, and under what standard, to reinstate Libya’s HRC membership. Curiously enough, while the founding resolution provided guidelines on suspending an HRC member, — a two-thirds majority vote by the General Assembly when a Council member commits “gross and systemic violations of human rights”, — it did not provide any guidelines whatsoever for restoring membership.

Logically, to have one’s membership restored, a country should have to prove that it meets the initial criteria, i.e. that it is upholding the highest standards in the promotion and protection of human rights and fully cooperating with the Council. Implicitly, this means that it should also be able to demonstrate that it is no longer committing gross and systemic human rights violations.

In the test case of Libya, the UN’s own human rights mechanisms didn’t inspire confidence that the transitional authorities met either benchmark.

Back in February, when the violence in Libya first broke out, the HRC established an independent commission of inquiry (COI) to investigate alleged human rights violations in Libya and to identify measures that would hold perpetrators accountable.

In the last oral update from the COI at the Council’s 18th session in September, the COI’s chair relayed a bone-chilling account of abuses that were still taking place in Libya. In addition to the cruelty perpetrated by Qaddhafi and his cohorts, which by now are well known, the COI reported that the transitional authorities may have committed a range of violations of international human rights law including extra-judicial killings, mass arrests and arbitrary detention, as well as possible violations of international humanitarian law. (The Commission’s final report is due in March 2012).

With such serious allegations, member states could have waited for the COI’s final report, or at least conditioned Libya’s HRC membership with concrete commitments from the transitional authorities. For example, they could have required that the transitional authorities carry out (or take tangible steps towards carrying out) the COI’s core recommendations from its first report. These include:  conducting “exhaustive, impartial and public investigations into all allegations of international human rights law and international humanitarian law violations with a view to: prosecutions”; “the provision of adequate reparations to victims and their families”; and “taking all appropriate measures to prevent the recurrence of such violations.”

Unacceptably, HRC member states ignored the COI’s account (ironic, considering they requested the oral report) as well as its recommendations and accepted a mere promise by Libya’s transitional authorities of “cooperation” with the HRC. In September, the HRC unanimously agreed to recommend that the General Assembly restore Libya’s membership.

By the time the issue crossed the Atlantic, few states were willing to expend any political capital on fighting for what could have been an important credibility booster for the HRC. Most countries, like the U.S., that had taken on the membership issue in the past were also supporters of the NATO intervention and have been eager to push forward with the transition in Libya. This position is rather clear from the U.S. representative’s remarks after the vote on Libya’s HRC membership in which he recognized the transitional authorities’ “clean break” from the former regime despite remaining “concerned about continuing violations of human rights occurring in Libya.”

The only countries that voted against restoring Libya’s HRC membership did so on the basis of opposing the intervention in Libya, and cited manipulation by “imperial Powers” as part of the reason for their “No” vote.

Pushing for stronger criteria would have also provoked resistance from the so-called proceduralists or spoiler states, i.e. states that seek to limit the Council’s activity by rejecting any measures that are not laid out specifically in UN resolutions. This argument has been successful in thwarting past reform efforts and it would seem that reformers did not see the importance in pressing the issue with this case.

Returning the Focus to Rights

Competing world views and political prerogatives will always temper any discussion of human rights; however in the last year there have been a few moments when the severity of a human rights issue led to robust and committed diplomacy to ensure that the substance of the issue overshadowed the politics.  This was the case when the member states acted swiftly to suspend Libya last March, triggering further international action.

Strengthening the HRC as an institution requires leadership and commitment by member states who want to see it develop into a more credible and effective body. Those states that are committed to promoting and protecting human rights through the HRC should not have let political concerns over Libya’s future distract them from the larger goal of improving the institution.

By Deborah Brown. Deborah is the first Leo Nevas Human Rights Fellow of the UNA-USA, a program of the United Nations Foundation (UNF). She advocates for and supports constructive U.S. engagement with the UN and its human rights mechanisms. Deborah graduated with a BA in political science and human rights from Barnard College in 2007 and an MA Democracy and Governance and Arab Studies from Georgetown University in 2011.