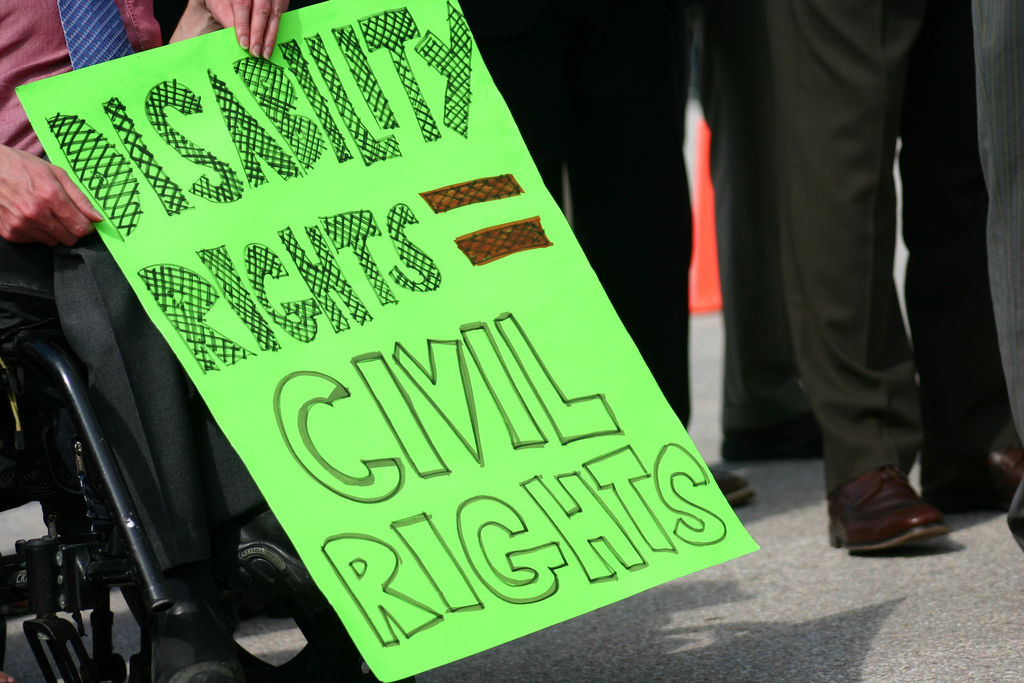 Sterilization of People With Disabilities: Acknowledging the Past and Present History, Rhetoric, and Effects of a Harmful Practice

In the first week of 2019, a story about an Indigenous woman in Arizona giving birth while having been in a vegetative state for the past 14 years hit international headlines. It came as no surprise when investigators announced that they were looking into a “possible sexual assault.”

A person in a vegetative state, by definition, cannot consent to sex because they are non-responsive to stimuli and lack self-awareness. This woman, disabled and reliant on healthcare providers to support her quality of life was instead abused and assaulted with no recourse to defend herself.

This case is one of many that demonstrates the serious issues of sexual assault that face disabled people around the world today. According to disabilityjustice.org, people with disabilities (PWD) are three times more likely to be sexually assaulted than someone who is not disabled. 83% of women with disabilities (WWD) will be sexually assaulted in their lifetime. Understanding the severity of sexual assault of PWD is vital to developing solutions to better protect the human and bodily rights of these individuals. Unfortunately, however, this problem has created another equally harming one: the sterilization of PWD, and especially WWD. In 2017, Catalina Devandas Aguilar, the UN Special Rapporteur on the Rights of Persons with Disabilities, released her annual report to the General Council, focused thematically on the Sexual and Reproductive Rights of Women and Girls with Disabilities. In the section entitled “Harmful and Forced Practices”, Aguilar highlights the forced sterilization of WWD worldwide, citing this as a “widespread human rights violation” that “disproportionately [subjects] [WWD] to forced and involuntary sterilization for different reasons, including eugenics, menstrual management, and pregnancy prevention,” as well as perceived protection from sexual abuse. Aguilar calls for the global community to recognize the human rights of WWD and end the harmful practice of nonconsensual sterilization.

According to the report, although the international human rights bodies have declared that sterilization of PWD is a form of discrimination, violence, torture, and other cruel and inhuman or degrading treatment, it is still legal and applied in many states worldwide. Often, this is because of court and guardian enforcement of social perceptions of PWD as either asexual or hyper sexed—either way, they are deemed unfit for parenthood, incapable of possessing sexual pleasure or desire, and would be too “burdened” by sex education or contraception use and menstrual management.

Women with disabilities are disproportionately affected by sterilization because of the fear of pregnancy and monthly menstruation. WWD are sterilized at three times the rate of the general population, meaning that of the over one billion PWD in the world today, the 1/5 of the world population that is a WWD faces serious threat of forced sterilization.

Traditional roles for women emphasize the importance of their existence as sexual beings intended for reproduction, connected to “heteronormative” and “phallocentric” interpretations of sex. Perceptions of asexuality lead to beliefs that WWD don’t have sexual or reproductive needs/rights. This contradicts empirical studies that show that PWD have the same needs with regards to sexuality and relationships as any other “able” person.

The supposed asexuality of WWD leads to the paternalistic rationalization of sterilization for “their own good.” In the landmark 1927 case Buck v Bell, Supreme Court Justice Holmes famously upheld the sterilization of involuntarily institutionalized 18 year old Buck in his quoted opinion: “three generations of imbeciles is enough.”

Even today, court rulings will justify sterilization orders to prevent the birth of a child with a disability by a WWD—regardless of if the condition is hereditary. In January of 2018, Washington state started negotiations over a form that would make it easier for a guardian (NOT the disabled person) to file for sterilization in the courts. Reporting on this, the ACLU believes that “creating this form will streamline the process and increase the number of guardians requesting the sterilization of those under their power.”

This is not to mention the warped argument that sterilization can prevent sexual assault—a view that in reality only protects the perpetrators and the aftereffect of rape: pregnancy. This argument suffers more from perceptions of WWD as being incapable caretakers or burdens than from true protection from assault.

Many PWD are infantilized, largely because most are dependent on caregivers, parents, and guardians for many aspects of their lives. This creates an immense power imbalance when it comes to decision making regarding issues of sexuality and reproduction. It is not uncommon for parents to sterilize their child for their own convenience, under the guise of protection.

In 2007, the  “Ashley Treatment” was a case in which young Ashley’s parents subjected their disabled daughter to a hysterectomy, breast bud removal, and hormone growth treatments to freeze her body in a childlike state. This was upheld by a bioethics committee because it was for “her own good”.

“Protecting people from themselves” is not far off from the eugenic rhetoric of the early 20th century, a movement that popularized the sterilization of PWD to prevent the “degeneration” of the white race. Not only is sterilization a system of sexuality control, but it is also deeply rooted in racialized and gendered constructs of human value. Between 1927 and 1957, 60,000 Americans were sterilized by virtue of being “feebleminded,” thanks to the eugenic concepts of Francis Galton, who in 1865 argued that “human mental qualities” could be manipulated and controlled through selection. The production of disability has undoubtedly been a raced, classed, and gendered cultural process—and with it has come the violation of the rights of PWD everywhere.

“Feeblemindedness” was used as a substitute term for any person that threatened the white, heteronormative structures of domination. For example, 1912 intelligence tests at Ellis Island determined “widespread feebleness” among Eastern and Southern European immigrants. Other people determined feebleminded were homosexuals, blacks, poor women “unfit to be mothers,” and “degenerates.” Sterilization of men and women was popularly practiced during chattel slavery and still today many Indigenous women are forcibly sterilized, most noted recently in Canada. The US and Canada both possess histories of the coerced sterilization of indigenous women, not to mention the fact that indigenous women are more likely to be sexaully assaulted, like the woman in the nursing home who faced the double oppression of being being both disabled and indigenous.

The continued practice and legal support of sterilization of WWD starkly contrasts most feminist or human rights-promoting rhetoric on violence against women in other areas of reproduction. We hear endless support for the right to abortion and reproductive control for women, but arguments for stopping sterilization of women with disability are almost entirely absent from the mainstream discourse. Likely, this lies in the fear that supporting not sterilizing WWD threatens the traditional messaging of pro-choice abortion rights. Thus, forced sterilization is pushed to the bottom of the advocacy platform for fear of jeopardizing the highly politicized feminist movement.