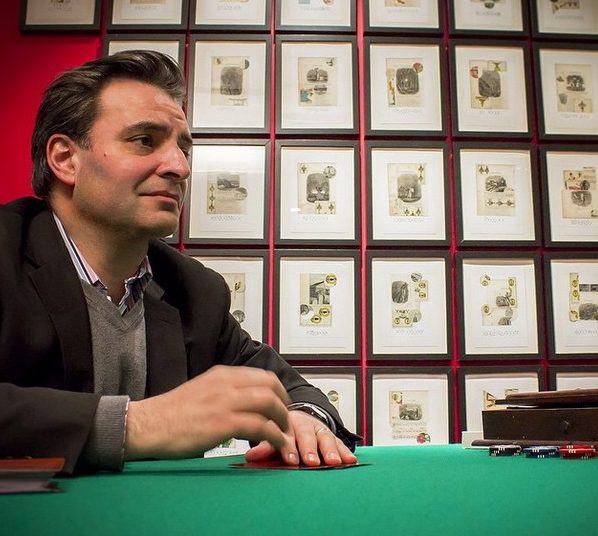 Art/Law and Human Rights: Dialogues on Being Human

On April 9, Columbia Law School hosted visiting professor Amal Clooney in conversation with the High Commissioner for Human Rights, Zeid Ra’ad Al Hussein, for a discussion on the international legal projects of the United Nations. That same day, in a small space on the 24th floor of a Chinatown office building, artist and educator Pablo Helguera gave a talk with legal scholar and human rights activist Alicia Ely Yamin at Artsy, an organization at the intersection of art and technology.

The conversation between Clooney and the High Commissioner was both realistic (read: frank) and hopeful, but coverage is also due to a topic still fairly under-documented in the field: the relationship between arts, human rights and law.

During the discussion at Artsy, Helguera, a New York-based Mexican artist and museum educator at MoMA, introduced his work, followed by an interrogation of his subject matter and processes with Yamin, a professor at Georgetown University and a UN special advisor. Artist Pablo Helguera gave a talk with legal scholar and human rights activist Alicia Ely Yamin at Artsy, an organization at the intersection of art and technology. // Dakota Porter

For readers unfamiliar with the concept of “socially engaged art,” it is a relatively new notion: it emphasizes collective participation in an art work and/or its creation, focusing on process instead of product, while at the same time seeking to address social and political issues.

Helguera’s art, for example, is heavily process-based. His 2003 project, “The School of Panamerican Unrest,” was a public art piece composed mostly of a cross-continental odyssey by car from the north of Alaska to the furthest tip of Argentina (Tierra del Fuego), mobile school house in tow. Prompted by questions of national identity and migration law, the project incorporated activities within the mobile schoolhouse, which acted as a hub for performances and debates on “Panamerican” values of the XIXth century and related sociopolitical issues.

During the project, Helguera also conducted interviews with the last living speakers of indigenous languages from Alaska and Argentina to incorporate indigenous narratives and perspectives into his work. Through “The School of Panamerican Unrest,” Helguera sought to address the romanticism of travel, national origins and futures, indigenous rights, and immigrant rights, among other concepts.

In the dialogue that followed Helguera’s introduction, Yamin likened this relationship to the law: In legal discourses, she said, we are asking: “What is law? Is it litigation? Is it practice? Is it institutions?” These questions open up spaces for possible futures for the law, she added. The same is true for socially engaged art; it is creating a new space for the question, what is art? It does this by engaging formerly disenfranchised political actors and interlocutors. This theory of inclusive engagement supports the idea that we all have the potential to be creative subjects. We can all contribute to shaping of the law and our human rights.

Yamin, a human rights activist herself, noted the perilous consequences of our legal processes in our efforts for progress in human rights. On the subject of inclusivity and equality, concepts promoted by socially engaged art through its collective authorship and/or participation, she explained that many of these constructions of inequality are done through the law. Panamerican Address at the opening of the exhibition Escultura Social at the MCA Chicago, June 2007. // Courtesy of Dakota Porter

In socially engaged art works— like Helguera’s “Librería Donceles,” which created a space for Spanish-language used books and donated profits from sales to NGOs for immigrant rights, or “La Austral, S.A. de C.V.,” where participants are invited to hear the narratives of DACA recipients in a Brooklyn museum— the potential for creative subjecthood is recognized, while the institutionalized inequalities that hinder human rights work are negated.

In closing the conversation, Yamin posited that one of the objectives of lawyers and litigation is to package narratives in order to achieve certain outcomes. Art, and socially engaged art in particular, recognizes the instrumentalization of these narratives and the subjectivity signified by this instrumentalization.

Helguera’s works and the projects of other socially engaged artists demonstrate the creative potential of our narratives in cultivating new futures, specifically more equal and dignified human rights futures.