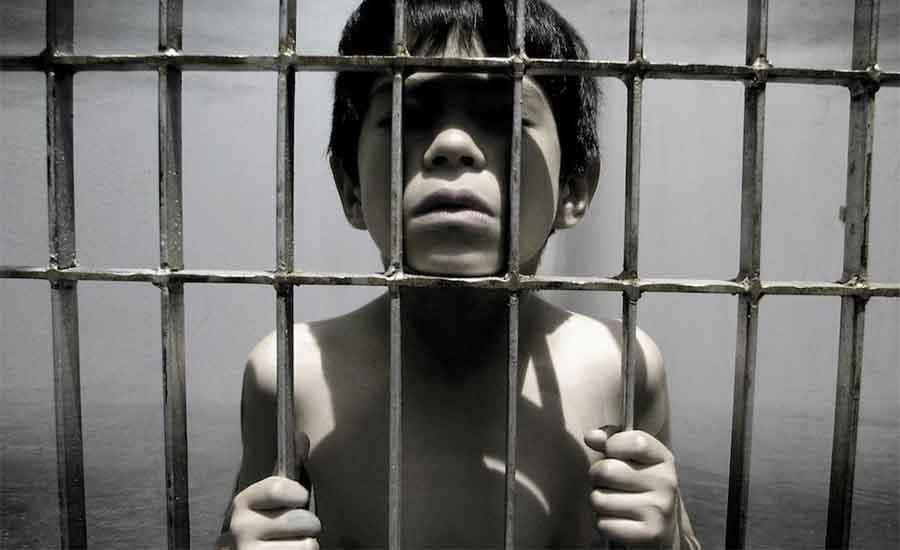 Children Languishing Behind Bars: A Grim Reality of Indian Prisons

By Vasudev Singh and Karan Trehan, students of law in India at RML National Law University and NALSAR University of Law, respectively.

A recent revelation by the Government of India concerns the condition of children residing in prisons with their mothers and raises an important question regarding the basic human rights guaranteed to these children. As of 2015, Indian prisons accommodate some 419,623 prisoners (including pre-trial detainees/remand prisoners). Out of them, 4.3 percent— or around 18,000— are women. Women who face trial or who are found guilty of a crime are allowed to keep their children with them during their time in jail. Approximately 1,866 children lived in prison with their mothers at the end of 2015, according to prison statistics.

According to the Indian constitution, the state governments are assigned to the administration and management of prisons. This means that the state governments can make prison laws according to their own discretion and requirements. However, these state powers remain subject to other centrally-enacted laws such as the Prisons Act, 1894. As a result, there exists a difference in the laws regarding the management of prisons and welfare of the prison population.

To date, the law dealing with the protection of children lodged in prisons with their mothers has not been uniformly codified under any act or statute in India and varies among different states. The Supreme Court of India, in the case of R.D Upadhyay v. State of A.P, AIR 2006 SC 1946, framed several guidelines for the protection and development of these children. The guidelines were framed around key areas requiring urgent intervention such as food, medical facilities, accommodation, age of residence, education and recreation facilities. Pursuant to these guidelines, different states amended their jail manuals and included provisions concerning the welfare of children and mothers in prisons.

However, various reports have pointed toward the abysmal state of affairs in which these children have been forced to live in Indian prisons. The non-uniform and poor implementation of existing rules and guidelines has further aggravated the condition. Approximately 1,866 children lived in prison with their mothers at the end of 2015. // Feminisminindia.com

The diet, medical and educational facilities provided to children in various states also starkly varies. In many states, children below 5 years old are provided with the same food as other inmates. Furthermore, due to the lack of adequate infrastructure and funding, special medical facilities are not available in every state to look after the children. Reports have found that only the prisons in metropolitan cities such as Delhi, Chandigarh, and Mumbai have medical facilities equipped to cater to the needs of children. In other states, children are sent to nearby centers for education purposes due to the lack of a facility of formal schooling. Moreover, there are no special provisions for food, medical, educational and recreational facilities for women prisoners with children.

These non-uniform laws have left behind major inequality. Several instances of gross human rights violations have also been reported where children have been lodged alongside criminals. Thus, some children are currently living in a state of extreme neglect. Also, due to the absence of any enforcement or grievance mechanism to keep check on the implementation of rules and guidelines, the promise of ensuring a healthy upbringing for children behind bars gets defeated. Thus, the guidelines passed by the Supreme Court and the existing provisions in different states have failed to fulfill their intended purpose, rendering them futile.

Analyzing the laws of various countries, it is clear amended policy should address several important concerns. The first and foremost policy implementation should be the development of infrastructure and facilities, including a necessary increase in funding to prisons across the country. Modernization of the prisons would ensure that children have better living conditions and can lead a more dignified life. In addition, children should be allowed to remain with their mothers until they reach age of 6 years old, with the “best interest” of the child of the utmost importance. Cases involving issues of domestic violence should be taken into consideration, for example.

Special provisions for dietary, educational, medical and recreational facilities should also be made available for children and their mothers in all prisons. These proposed provisions will augment the mental as well as physical growth of children at such a tender age. Maintenance of separate prisons solely for the mothers and their children should be considered by the government. In such prisons, there would be a better atmosphere for parenting, providing more harmonious living conditions for the children and protecting them from violence which could result from living with the general prison population. Regular inspection of prisons should also be carried out. An ombudsman should be appointed for redressal of grievances and an authority should be created to ensure the enforcement of guidelines.

State governments should further endeavor to include the above-mentioned recommendations in jail manuals to better ensure equal treatment of children residing in prisons across the country.

Article 21 of the Indian constitution guarantees the right to live with human dignity to every person. The Directive Principles enshrined within the Constitution also provide that suitable opportunities be given to children to ensure a healthy manner of development. Furthermore, India has ratified various international conventions, such as the UNCRC, which further obliges the Indian government to work toward the development of conditions beneficial to the well-being of the children. Therefore, the government should recognize the need of the hour and make necessary amendments to policy so as to meet its international as well as constitutional obligations.

Karan Trehan is a student at NALSAR University of Law, Hyderabad. His research interests include children rights, refugee rights and education rights.