Archive for Israeli treatment of Palestinians 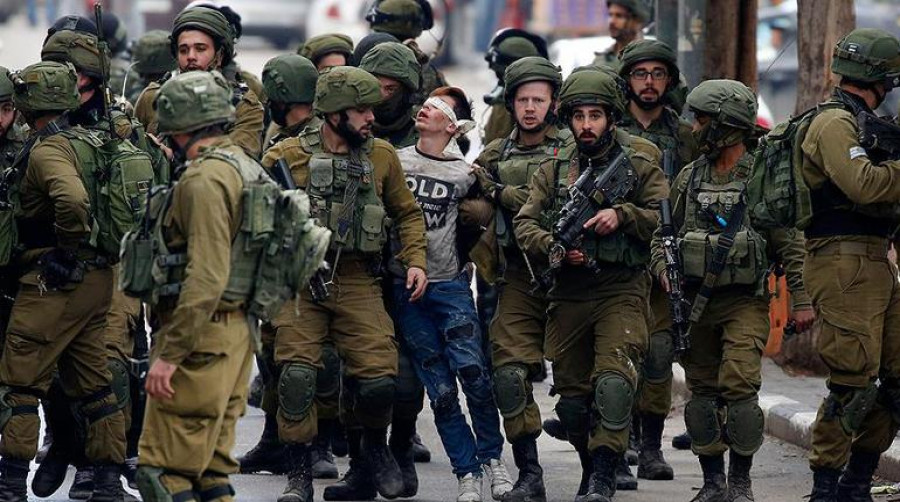 By Olivia Heffernan, a blog writer for RightsViews and a M.P.A. candidate at Columbia University School of International and Public Affairs

Michael Sfard, an Israeli lawyer representing Palestinian victims of civil rights violations, has encountered numerous ethical dilemmas in his work. In his newly published book, “The Wall and the Gate: Israel Palestine and the Legal Battle for Human Rights,” Sfard offers “a radically new perspective on a much-covered conflict and a subtle, painful reckoning with the moral ambiguities inherent in the pursuit of justice.” Speaking at Columbia Law School in February, Sfard opened his lecture by posing to the audience the ethical dilemma that was the impetus for his book: “By working in the Israeli courts, am I a naïve and involuntary collaborator to the scam that Palestinians have recourse to justice?”

In Israel, Palestinians seeking redress for abuse are often reliant on the Israeli High Court of Justice— which, according to Sfard, is adjudicated by judges often unsympathetic toward the plight of Palestinians. Despite these sentiments about the legal system, he fights tooth and nail to provide fair and equal representation to Palestinians.

But, the divide between Israel and Palestine is not only as explicit as physical walls and fences, it is also evident in the rights each population is granted, Sfard says: Israelis are granted civil and political rights, while Palestinians are frequently denied these and more.

Denial of equality and fair hearings, for example, is in direct violation with the Universal Declaration of Human Rights. Article 10 states, “Everyone is entitled in full equality to a fair and public hearing by an independent and impartial tribunal, in the determination of his rights and obligations and of any criminal charge against him.” Reports from the region indicate that the basic human rights of Palestinian prisoners— many of whom are youths— are routinely denied, with prisoners being illegally detained and subjected to abusive treatment. One youth, Fawzi al-Junaidi, a 16-year-old Palestinian, reports he was beaten and denied care after being charged with throwing stones at a group of armed Israeli soldiers. Another, Ahed Tamimi, turned 17 in an Israel detention facility after being detained from her home in the middle of the night.

The wall built by Israel in Abu Dis, an Arab neighborhood in East Jerusalem. // Flickr

Equating the Israeli treatment of Palestinians to the South African apartheid, Sfard is passionate about his work but can’t help but feel discouraged by the results of it.

Ido Dembin, an attorney from Israel and a blog writer for RightsViews, noted that it is important to understand that the Israeli courts are stuck between a rock and a hard place: “On one hand, it’s an institution of the State of Israel that was never meant to be the flag-bearer of justice in the occupied territories but only areas where Israeli law applies (it does not apply in the West Bank or Gaza). On the other hand, it is perceived as a last-ditch option for those, like Sfard, who have given up on winning elections and changing the government in favor of minor, step-by-step court-sanctioned progress,” he said. “In this sense, the court is expected to balance Israeli national narratives as well as fears and security concerns, with the rights of three million Palestinians in the West Bank who, in turn, have no other system to go to and rely on it for solutions. The court needs not only balance justice and law, but also individual rights with group rights.”

Sfard lamented the contradictory foundations on which Israel was founded: Israel was “built on a premise of raging nationalism, militarism, the Zionist idea that a Jew would never again be a victim even at the expense of victimizing others,” he said. “The thought was, if we have to choose between being victims or victimizing others, we will choose the latter. A disregard for those who are paying the price of national revival and independence makes racism a part of this issue.”

Dembin added that “paradoxically, the more the government shifts to the right, the more the courts are forced to counteract— thus pushing it slowly out of mainstream Israeli consensus and risking its position as an authority and important part of the checks and balances system.”

“The Wall and the Gate: Israel Palestine and the Legal Battle for Human Rights,” written by Michael Sfard, was published in 2018. // Amazon

The Israeli court system as the predominant means through which Palestinians can seek justice begs the questions: what justice, whose justice, and is justice delayed really justice at all?

In response to these unanswerable and multifaceted queries, Sfard emphasized the importance of choosing one’s battles and avoiding defeatist mentalities.

“The Israeli High Court is an occupier’s court and it does not provide justice, but from time to time it does provide remedy. We have a role from within even though there is a fight being waged from outside,” he said. For Sfard, facilitating remedies for the Palestinian people, even if only incrementally, is progress in the right direction.

His review of over four decades of human rights litigation in Israel pertaining to the occupation, which serves as the primary content of his 500-page book, has led him to a few conclusions. The first is that while law cannot be the primary vehicle to ending the occupation, it does have a role in advancing political movement for change. Secondly, it is important to refrain from dichotomizing the legal system: not every court victory leads to success and not every court defeat leads to failure. If court decisions are measured by bringing an end to a civil regime, then one risks overlooking the importance of remedies facilitated through the court. Finally, and certainly not last, while lawyers must master language, human rights lawyers must also invoke values through identifying rights violations and means of remediation.

It is for this reason that Sfard believes human rights activists are at the epicenter of the movement to end the occupation.

Olivia Heffernan is a student at Columbia University School of International and Public Affairs concentrating in social and urban policy and specializing in journalism. She is president of the Criminal Justice Reform Working Group (CJR) and has previously worked for human rights-related nonprofits. She is originally from Washington, D.C., but she has spent multiple years living abroad. Olivia is a blog writer for RightsViews.