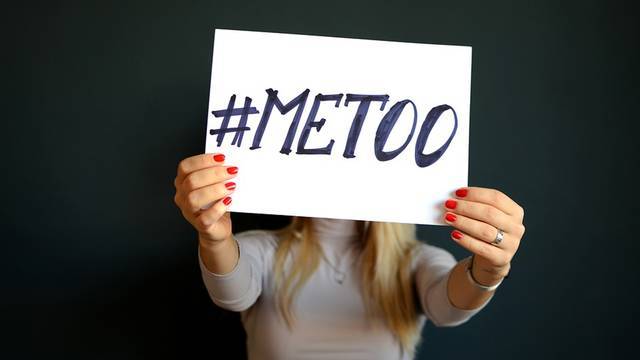 #MeToo – Now What? From Outcry to Action

By Sharon Song, an MA student in Human Rights Studies at Columbia University

“I was an optimistic, driven, hardworking and ambitious young woman, determined to pursue a career in acting… I found myself relentlessly harassed… My life and career was in the hands of people intent on destruction, people who judged and vilified me in ways they never would have done if I was a man… I fought back, I got privacy laws changed.” – Sienna Miller, Actress & Activist

On the final day at the 62nd UN Commission on the Status of Women (CSW), the United Nations’ largest gathering on gender equality and women’s rights, the energy and anticipation was almost palpable. Journalists and activists convened at the UN headquarters to snatch a seat at a side-event discussing women in the media.

Since the tidal wave of #MeToo posts sprung up last fall in the wake of Harvey Weinstein’s sexual perpetrations against dozens of women, activists across the nation and around the world have attempted to use the rapid momentum in the media to create lasting cultural change. The digital media has become a platform to speak out, retort, and start a dialogue to critically reflect on statements that were once considered harmless or largely ignored. More than 100 high-powered men across industries now stand accused of sexual harassment and misconduct. Many have fallen from grace, and others have been forced to resign. Perhaps for the first time in history, we’re seeing accountability played out in real time. There’s no denying that this moment is a transformative movement in social change. But we have now come to a vexing question: what now? An event at the UN discussed how the media can be a powerful player in driving gender equality as part of the Sustainable Development Agenda. // UN Women

Addressing a largely female crowd, actress and activist Sienna Miller provided opening remarks at the event, which was organized by UN Women, The Guardian, and the Permanent Mission of Norway to the UN. Miller shared her own story of living her life in the spotlight, the paparazzi-frenzy that seems to be less forgiving towards women, and moments when she felt professionally undervalued and undermined because of her gender. The actress turned down a role in a Broadway production after learning that she was offered less than half of what her male co-star was being paid. She said, “It turned out to be a pivotal moment in my life. Not because I did it. But because I didn’t.”

Miller’s personal account of gender discrimination was a stark reminder of the glaring blind spot of the #MeToo movement and its lack of inclusivity. Because the reality is this: not all women have the luxury of saying no to a paycheck. Risking your livelihood as a member of the upper class in affluent Los Angeles is not the same as risking your livelihood working a blue-collar job in middle-town America.

At the same time, you cannot dismiss the pivotal role Hollywood power players have in the discourse of gender discrimination. After all, it is the famous faces behind the narratives that sparked the #MeToo conversation on the world stage in the first place. The panel discussion included Phumzile Mlambo-Ngcuka, the executive director of UN Women, who spoke on the solidarity that could be achieved between women in Hollywood and women in rural parts of the world. She emphasized that there is an opportunity for women in the public eye to “speak for other women who are outside and invisible.”

There is an initiative in Hollywood that is attempting to connect the voices between A-list movie stars and women working blue-collar jobs. The Time’s Up organization – spearheaded by actress Reese Witherspoon – is striving to stamp out patriarchy for all women, regardless of class. To date, the organization has raised more than $20 million dollars to provide legal defense funds for low-income women who have experienced sexual harassment and abuse. Perhaps we’ll soon see a Hollywood-stamped initiative that can cross borders to aid women in the Global South with little power and fewer resources. Mlambo-Ngcuka says seeing powerful men being held accountable on the public stage is not only sending a message to rural parts of the globe, but to younger generations: “Accountability says to young men that this is not normal, this is not right.”

It’s safe to say that the reckoning has begun. In December 2017, a group of House and Senate lawmakers introduced bipartisan legislation to respond to sexual harassment in Congress. The bill, named the Member and Employee Training and Oversight On (ME TOO) Congress Act, attempts to overhaul the system for filing and settling harassment claims made by congressional employees. The power of the #hashtag is bringing real political change to the U.S. Pamella Sittoni, the managing editor of EastAfrican, speaks at the panel event, “Women in the Media: From Outcry to Action.” // UN Women

The speakers at the CSW panel discussion attempted to offer concrete solutions in the aftermath of #MeToo, in order to successfully initiate positive change and leave no individuals – regardless of race and class – behind. Pamella Sittoni, the managing editor of EastAfrican, a weekly newspaper published in Kenya, stressed the need for #MeToo to be seen as a genderless movement. She said #MeToo is not a women’s movement but a “humanity movement” about respecting dignity. She then emphasized the need for more men in leadership positions to be at the forefront in the discussions of gender equality: “Men shouldn’t feel that this is something targeting them. It’s a movement about a good world for all of us.”

In addition, the revelations learned through the watershed movement need to be spelled out on paper. Mlambo-Ngcuka, the executive director of UN Women, argued that workplaces must review anti-harassment policies to ensure that gender-based discrimination is included. Changes must be made alongside the ongoing conversations facilitated by the #MeToo movement: “Sustain it, institutionalize it and make sure that it is reflected in the policies at the workplace.” She also called on journalists in the room to stay with the story of #MeToo and gender discrimination and not to stop writing until gender equality is reached.

While the panel discussion and the energy has progressed exponentially from just last year, I found the conversation to be overly polite and frustratingly surface-level. More than 8,000 people from 1,121 civil society organizations have registered for the CSW gathering this year – making it the largest number of attendees to date. Clearly, there is a widespread consciousness of feminist ideas in the public space across the globe. If we want structural change and solidarity to be achieved amongst feminists in all parts of the world, harder questions need to be addressed. What are the struggles of the women who are less visible and have less resources? How does their narrative connect to the women in Hollywood? How can the movement change to be more inviting towards men? What other angles can journalists take to effectively cover the #MeToo movement instead of simply being a “gotcha” game?

Perhaps it isn’t fair to expect a two-hour panel discussion to successfully tackle all the muddled areas that have emerged with the #MeToo movement. But it’s clear that a corner has been turned, and the closing remarks by Norway’s Minister for Foreign Affairs Ine Marie Eriksen Soreide couldn’t have been more fitting. “There is no going back after this,” she said.

Sharon Song is a TV news personality in New York City, best known for anchoring behind the weather desk and reporting on entertainment news. She is also a national writer for FOX News. Sharon is currently getting her master’s degree in Human Rights at Columbia University. Prior to that, she was a Weather Anchor/Entertainment Reporter for Fios 1 News. ​She was also the Headlines News Reporter for Channel One News and a Weather Anchor/ Reporter for KULR-8 NBC News. Sharon is a big believer in giving back to the community. Off the air, you can catch her emceeing and hosting charity galas for numerous Tri-State organizations. She attended Boston University where she earned her bachelor’s degree in broadcast journalism with a minor in religion.