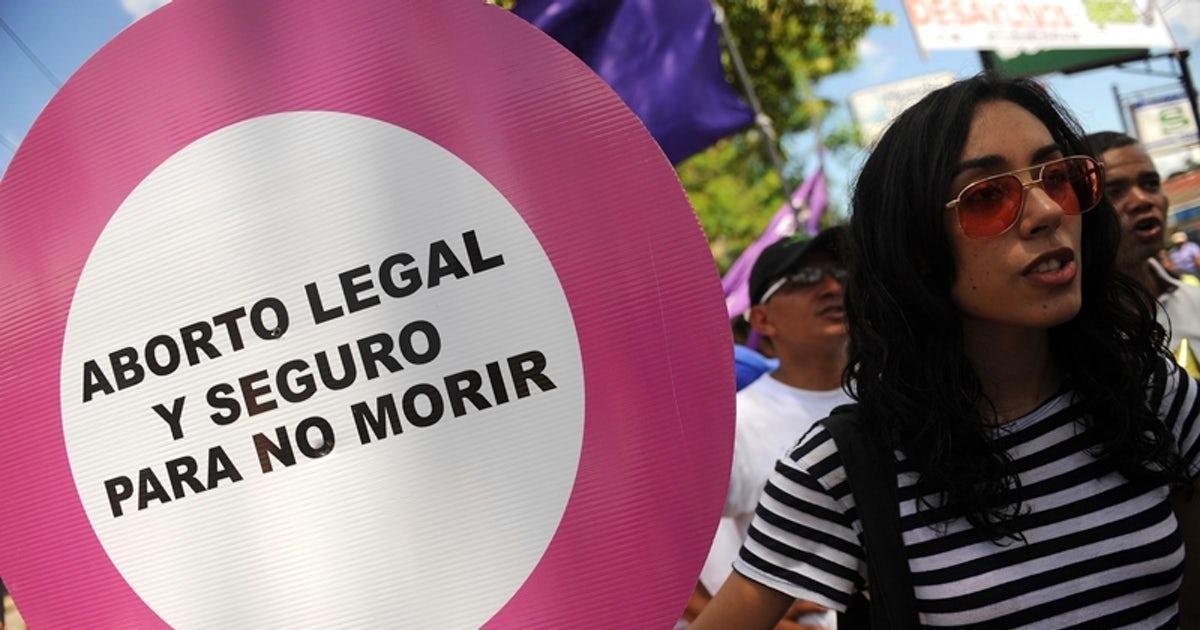 Criminalizing Abortion: A Threat to Women’s Rights and Lives

By Rowena Kosher, a blog writer for RightsViews and a student in the School of General Studies at Columbia University

In November, the United States Congress heard a bill proposal that would amend the federal criminal code and ban abortions after 20 weeks of gestation. The “Heartbeat Protection Act of 2017,” introduced by Steve King (R-Iowa), renewed conversations among human rights advocates about abortion and its criminalization that have been ongoing for decades both in the United States and around the world.

There is no shortage of opinions when it comes to legislation involving a woman’s choice about her body in the face of an unwanted pregnancy. Globally, countries have enacted laws suppressing women’s voices, health, and dignity, stripping away their human right to control a pregnancy. Today, for example, the Brazilian Congress is in the middle of considerations to ban all forms of abortion. Nicaragua’s 2006 abortion ban has already put women in jail for terminating unwanted pregnancies. Countries from Europe to Africa to Latin America continue to police the female body.

The human right to control a pregnancy was confirmed at the 1995 Fourth World Conference on Women in Beijing, China, where its declaration states: “The human rights of women include their right to have control over and decide freely and responsibly on matters related to their sexuality, including sexual and reproductive health, free of coercion, discrimination and violence. Equal relationships between women and men in matters of sexual relations and reproduction, including full respect for the integrity of the person, require mutual respect, consent and shared responsibility for sexual behavior and its consequences.”

The Center for Reproductive Rights categorizes national policies on abortion into four categories ranging from least to most severe: where abortions are permitted “without restriction as to reason,” “only on socioeconomic grounds,” “only to preserve health,” or “only to save the woman’s life or not permitted all together” (see interactive map). In the most severe cases, as in some Central American countries like Nicaragua and El Salvador, abortion has not only banned but fully criminalized: women and doctors face murder charges if abortions are attempted, even when the woman faces imminent death because of her pregnancy. A map that shows abortion laws around the world. Countries in red are those which only permit abortion to save the woman’s life, or don’t permit it at all. // Center for Reproductive Rights

In those countries where abortion is entirely banned or severely restricted, women find themselves oppressed and hurt, both mentally and physically. As female bodies are controlled by government policy, women’s freedom of choice and agency in their reproductive decisions is diminished, violating their rights to dignity. Additionally, abortion bans create a dangerous situation for women’s health, as women turn to self-abortions or unsafe illegal procedures, which puts their lives at risk. This is not to mention the mental and physical health tolls of abortion restriction, especially in the cases where a female becomes pregnant by means of incest, abuse or rape. If abortion is illegal after rape, the woman is forced to carry her child to term and through labor, potentially re-traumatizing a pregnant-by-rape survivor. A widely-cited 1996 paper by Holmes et al. determined in a three-year longitudinal study that among victims of reproductive age (12-45), there is a 5 percent per pregnancy rape, or about 32,101 rape-related pregnancies in the United States each year.

Article 12 of the International Covenant on Economic, Social, and Cultural Rights enshrines the right of all to “the highest attainable standard of physical and mental health.” This and other human rights covenants create the standard of international human rights law, yet continued restrictions on abortions mean these rights are not being fully realized for some women. In a world where the UN has made their Fifth Sustainable Development Goal to “achieve gender equality and empower all women and girls,” legalized abortion must become a prioritized topic of conversation with real reform if we are to move in the direction toward greater gender equality.

Arguments in favor of legalizing abortion tend to have one of two characteristics: those that argue reproductive rights are women’s rights and those concerned with the health effects of criminalized abortion on unsafe abortion rates and complications, maternal mortality, and female well-being. Central to the argument that every human has a right to physical and mental health is the idea that every human, male and female alike, has autonomy over their own body. Yet, historically, the capacity to carry a child has not remained an issue of female choice; rather, it has become a systematic means of reducing women to no more than their bodies and sexuality, enforced by policies and regulations that make decisions of the womb decisions of the state.

The Inter-American Commission on Human Rights (IACHR) released a statement on October 23 calling all states in the United States to immediately adopt measures that allow women all sexual and reproductive rights including “rights related to non-discrimination, to life, to personal integrity, to health, to dignity, and to access to information.” These are rights with strong legal bases, explicitly stated in multiple international documents such as the UN Declaration on Human Rights, which has influenced many state and national constitutions. A 2009 Amnesty International report on the total abortion ban in Nicaragua indicates that when women lack access to safe and legal abortion, their fundamental human rights are at “grave risk.” The United Nations Committee Against Torture has likewise expressed concern over the idea of a total abortion ban as exposing women and girls to a continuous threat of violations to their rights, lives, and mental health, especially when these women and girls are victims of rape. Countries such as Ireland and Brazil have also been questioned on the international stage in response to their restrictive abortion bans. With the attention and clear concern for women’s rights to sexuality and reproduction by established human rights organizations and international committees, it is clear abortion reform is not to be taken lightly.

The second argument advanced in favor of legalizing abortion relates to the severe health risks posed by criminalization. There is a proven direct correlation between restrictions on abortion and high rates of unsafe abortion. The World Health Organization has determined that abortion is one of the safest medical procedures when performed under proper and safe conditions to guidelines. However, unsafe abortion, which is defined as “a procedure for terminating an unintended pregnancy either by individuals without the necessary skills or in an environment that does not conform to medical standard,” is immensely dangerous to women’s health. Approximately 20 million unsafe abortions occur worldwide every year, and about one in six women die due to complications of the unsafe procedure. These rates are much higher in countries that have very restrictive abortion regulation: there are 23 unsafe abortions per 1,000 women among the 82 countries with the most restrictions and only two unsafe abortions per 1,000 women in the 52 countries where abortion is allowed upon request, according to the World Health Organization.

Yet, despite the data and backing of numerous international health organizations, UN committees, and human rights groups, abortion remains a hotly debated topic. Arguments framed in religious and cultural terms take precedence over women’s health and well-being. The female is reduced to her womb, used as a pawn for governments to manipulate, and restricted from autonomy of body, mind, and identity. A woman’s reproductive capacity, in the terms of restrictive abortion law, is greater than her reproductive rights. Perhaps the data ought to speak for itself: legalizing abortion needs to take precedence in the current moment when criminalization remains a threat to women’s rights and lives.

Rowena Kosher is an undergraduate student at Columbia University School of General Studies. She plans to major in human rights with a possible focus on gender and sexuality studies. Her writing can be found on her personal blog, fromvermiliontoviolet.wordpress.com, and at elephantjournal.com, where she is an occasional contributor. Rowena is a blog writer for RightsViews.