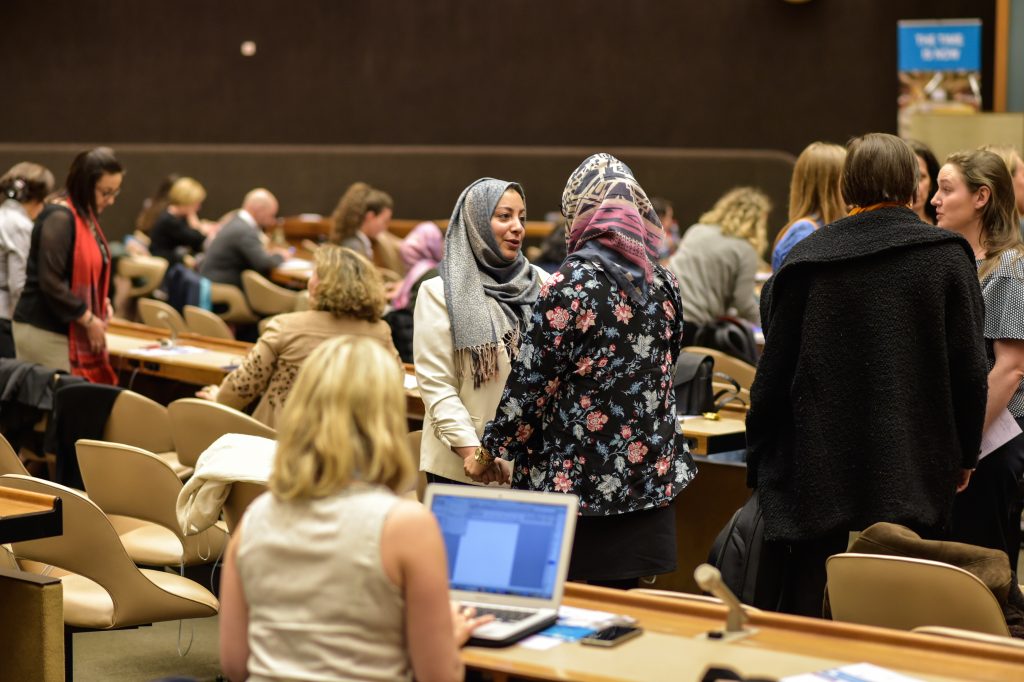 Achieving security for all is impossible without the involvement of more women in the field of security. In practice, the inclusion of women in security-related decision-making has proven difficult to achieve. It took decades for researchers, civil society activists and gender champions to demonstrate that meaningful inclusion of women in the field of security is a necessary measure that prevents the emergence of new security threats and addresses existing challenges.

The Global Study on Women, Peace and Security, part of the 2015 U.N.-led Global Review, was a culmination of these efforts, as it demonstrates the importance of women’s inclusion across multiple security situations. Specifically, the Global Study proved that women’s participation increases the probability of a peace agreement lasting at least two years by 20 percent. The NGO Working Group on Women, Peace and Security also found that refugee camps where women have been consulted in the design and implementation of protection strategies are much safer. In addition, states with a higher level of gender inequality are more prone to inter- and intra-state conflicts, according to gender scholar M. Caprioli.

Women peace activists from Yemen, Liberia, Libya, Colombia, and elsewhere in the world demonstrated that women play a crucial role in bringing about positive change. In Yemen, for example, women are the humanitarian interveners without whom communities simply would not survive. In Libya, women are taking the lead in strengthening reconstruction and reconciliation efforts across the country, often at considerable personal risk to themselves and their families. In sum, women-led civil society groups and organizations are the actors best equipped to understand the concerns and opportunities on the ground, enabling them to identify, design and implement practical strategies to overcome the challenges facing their countries.

When it comes to counterterrorism, the exclusion and instrumentalization of women, and disregard for their agency as a means to achieving greater national security, can also be dangerous. Decades of disregard for women’s rights provided terrorist organizations with an opportunity to use women to advance their own agendas. For example, the lack of women’s rights-based perspective in counterterrorism can help a terrorist group use women to consolidate territorial gains, as happened in Libya. Terrorists in Nigeria, Syria and Iraq were also found to use women to carry out logistical tasks, such as the smuggling of arms and munitions and the passing of information. In fact, there is an assumption that women can pass checkpoints and avoid house inspections more easily than their male counterparts.

The current situation suggests that the lack of access for women to decision-making processes in the context of counterterrorism is a systemic issue, the result of the dominance of state-centric legal and administrative frameworks, which are based on patriarchal and masculine logic. As a result, the lack of consideration given to women’s experiences in counterterrorism financing and border control, for example, creates significant challenges for women, including the lack of access to education, political participation and empowerment, developing a feeling of separation from the state. A growing number of women are joining terrorist groups and becoming active perpetrators of terrorism. Some scholars believe they are driven by systematic violations of their rights and the limited space provided to them in the society to affect social change.

Finally, who understands the needs of women better than women? Women’s participation in counterterrorism can address problems that have been ignored by state-centric counterterrorism strategies for decades. In the ISIS-controlled territories, local women’s groups have organized networks to free captured women and return them to their families. Grassroots women in Iraq have built crucial infrastructure, such as shelters and safe houses, and set up escape routes maintained by networks of women human rights defenders. Women as active participants in counterterrorism are less likely to compromise on gender equality when it comes to developing counterterrorism strategies, concludes the Global Center on Cooperative Security.

What has the international community done to include more women in security conversations? The answer: very little. The international community, excluding state institutions, has a long way to go before the meaningful participation of women in counterterrorism will become a reality. Research shows, for example, that in the period between January 2001 and December 2016, the state representatives made references to women’s participation in counterterrorism in 15.39 percent of all United Nations Security Council meetings on terrorism-related issues, while references to the need to protect women from the effects of terrorism have been used in 79.36 percent of all meetings. Available references to women’s participation lack concrete steps for changing the current trends. In turn, women’s vulnerability and protection needs have been highly emphasized, and often used, by states to demonize terrorist groups (i.e. ISIS and Hamas) and political regimes (i.e. the Palestinian authorities). References to sexual violence are also utilized to support the intensification of “hard” and militarized counterterrorism activities.

As the phenomenon of terrorism evolves quickly, it is crucial to address areas in which a state-centric approach to security lacks women’s rights-sensitive understanding. Specifically, women’s rights-sensitive considerations, if they are present within a counterterrorism framework, may result in greater state regulation of women’s lives. The outcomes may produce greater regulatory attention to women and widen the range of legal acts that “count” as supporting or undertaking terrorist acts.

To change the situation, the international community must develop concrete steps to ensure that women, including those in the community, have their say in the development of counterterrorism strategies, not because they are “mothers,” but because they are valuable partners with experience that is currently absent and necessary in the field of counterterrorism. This can be a difficult and dangerous process. When women’s rights are seen to further national security interest, the possibility of instrumentalization of women’s rights and gender equality increases. The history of women’s exclusion from counterterrorism efforts offers critical lessons; the task is now to use these lessons to ensure that counterterrorism measures comply with international human rights standards both de jure and de facto and do not perpetuate cycles of violence by contributing to the development of new security threats.

By Marina Kumskova is an alumna of Columbia University’s Human Rights program and a program associate at WILPF/PeaceWomen.