2019 marked the fifth year anniversary since the prestigious “Yu Ying-shih Fellowship for the Humanities” was first conferred. This time, Hsuan-Ying Huang, Hsin-Ning Liu, Chiung-Yun Liu, Ling-Wei Kung, Sheng-Shiuan Shih, and Yung-Chang Tung, in total 6 winners, received the award in a ceremony held on 9 January 2020, at the Museum of the Institute of History and Philology of Academia Sinica. CEO of the Tang Prize Foundation, Dr. Jenn-Chuan Chern, noted the significance of this fellowship in respect of promoting Sinology and upholding the tradition of Chinese studies, pointing out that it accords with one of the missions the Tang Prize wants to accomplish. He thus encouraged the recipients to strive for their own Tang Prize glory in the future.

Dr. Chern remarked that Prof. Yu Yin-Shih, Tang Prize laureate and Academia Sinica academician, entrusted his Tang Prize grant to Academia Sinica’s Institute of History and Philology to carry out this fellowship project in order to support young scholars. It can be seen as an important gesture of passing on the torch to new generations who will keep contributing to ground-breaking research in Sinology and the humanities, which clearly echoes the purpose of the Tang Prize in Sinology. He also voiced the hope that these six awardees can remain committed to their work and will one day become Tang Prize winners. Finally, he expressed his sincere gratitude to Prof. Chin-Shing Huang, vice president of Academia Sinica and chairperson of the selection committee, and to members of the selection committee, for their effective management of this project.

Established by Prof. Yu, the first ever winner of the Tang Prize in Sinology, the “Yu Ying-shih Fellowship for the Humanities” is run by Academia Sinica’s Institute of History and Philology, delegated this task by the Tang Prize Foundation. As of 2015, it has been awarded annually to up-and-coming researchers in the humanities, hoping to encourage more young scholars to join the fields of Sinology and the humanities and shed new light on the study of Chinese culture.

Making comments during the ceremony, Prof. Chin-Shing Huang referred to the fact that the fellowship was established to offer financial support to early career researchers. Every year, many research proposals of excellent quality are sent to the committee. Therefore, it is rather difficult to be selected as winners among a pool of outstanding scholars both in and outside Taiwan.

Each year, six scholars are named the recipients of this fellowship, three for winning the Academic Publication Scholarship, each receiving NT$360,000, and the other three for winning the Dissertation Scholarship, each receiving NT$240,000. In 2019, the Academic Publication Scholarship went to Hsuan-Ying Huang, assistant professor in the Department of Anthropology at the Chinese University of Hong Kong, Hsin-Ning Liu, assistant research fellow in the Institute of History and Philology at Academia Sinica, and Chiung-Yun Liu, associate research fellow in the Institute of Chinese Literature and Philosophy at Academia Sinica. On the other hand, the Dissertation Scholarship was awarded to Ling-Wei Kung, PhD candidate in modern Chinese and Tibetan history at Columbia University, Sheng-Shiuan Shih, PhD candidate in the Department of History at National Taiwan University, and Yung-Chang Tung, PhD candidate in the Department of East Asian Languages and Civilizations at Harvard University. Due to her teaching commitments, Hsuan-ying Huang was not able to attend the ceremony in person but has appointed her sister to receive the award on her behalf.

Chiung-Yun Liu, who won the award for her research titled “Reimaging the Jingnan Rebellion: Knowledge Production, Literary Writing and An Emotional Approach to History,” thanked this fellowship for giving her considerable encouragement. This project spans the fields of literature and history, said Liu, and it takes a lot of time to sift through a huge amount of documents. However, seeing a monograph as the crystallization of a scholar’s ideas, she believes that winning this award will motivate her to be more devoted to her work.

Ling-Wei Kung first encountered Manchurian, Mongolian and Tibetan literature when he was in university. He is thus able to read texts written in several different languages. Naming Prof. Yu’s book, Trade and Expansion in Han China: A Study in the Structure of Sino-Barbarian Economic Relations, as the work that truly inspired him, Kung mentioned that in terms of finding his research methodology and his own perspective, what he learned from the book has enabled him to investigate the dynamic between data collection, global trade and international politics. Examining the interaction between China, Central Asia, Eurasia and Inner Asia that took place after the 13th century, he came up with detailed and feasible plans to try to understand what shapes our concept of China. Impressed by the great originality displayed in this research, the selection committee therefore decided to award him this scholarship. 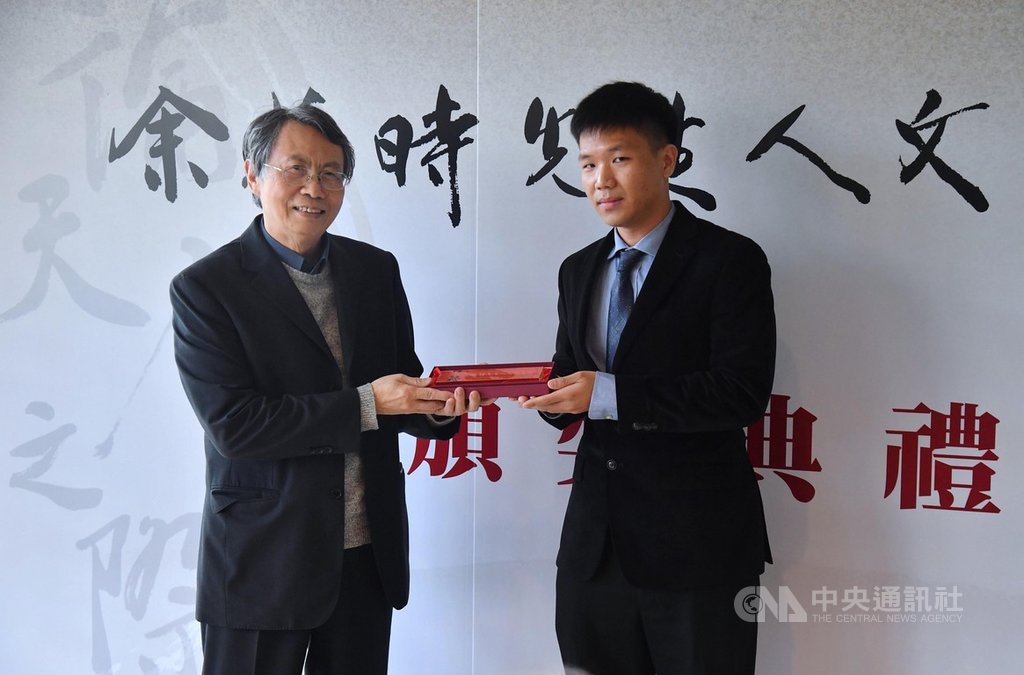 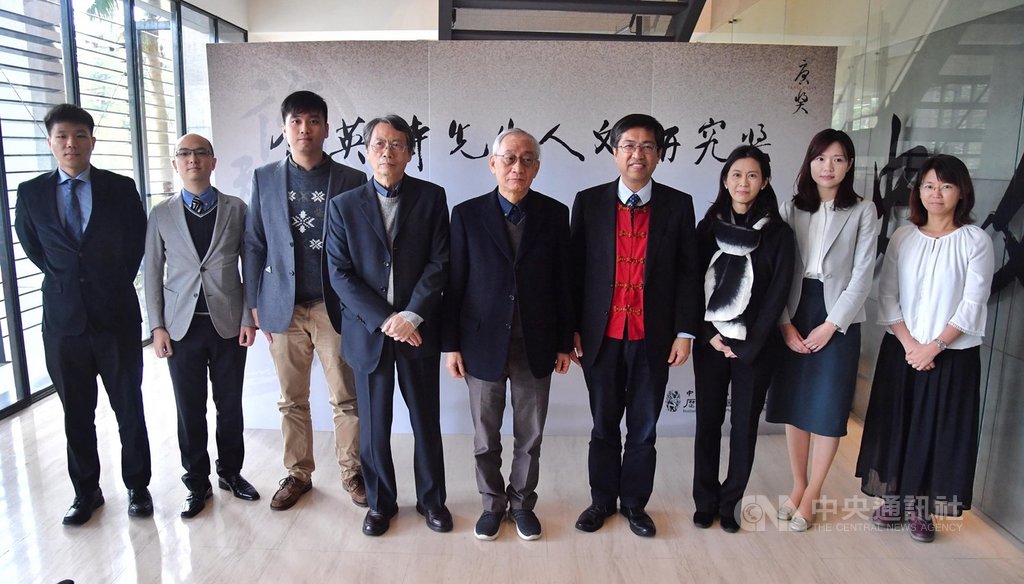 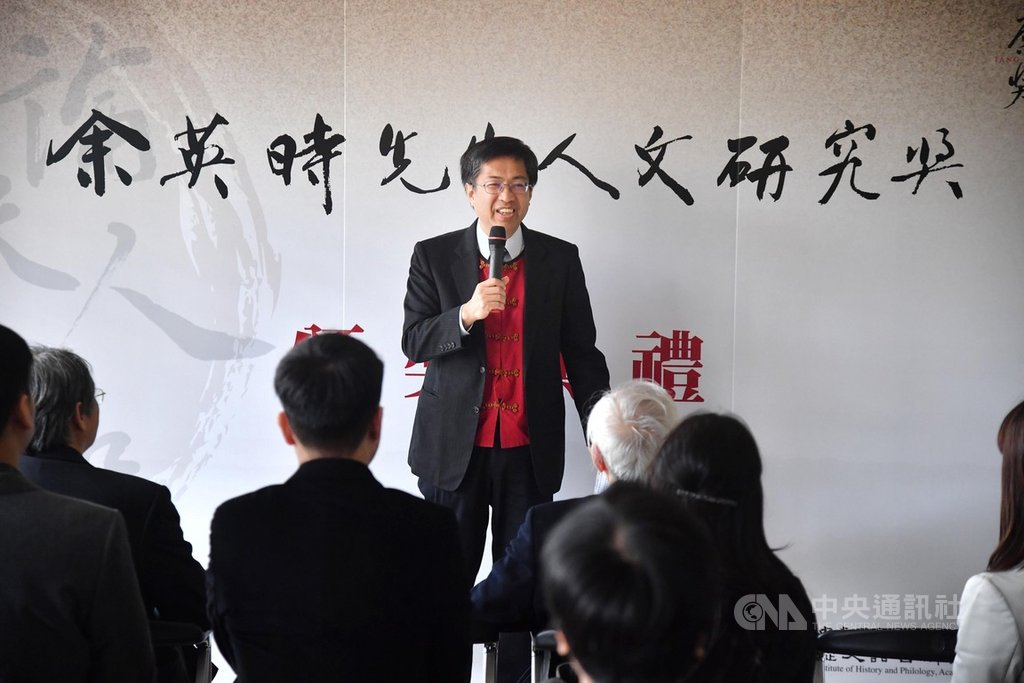 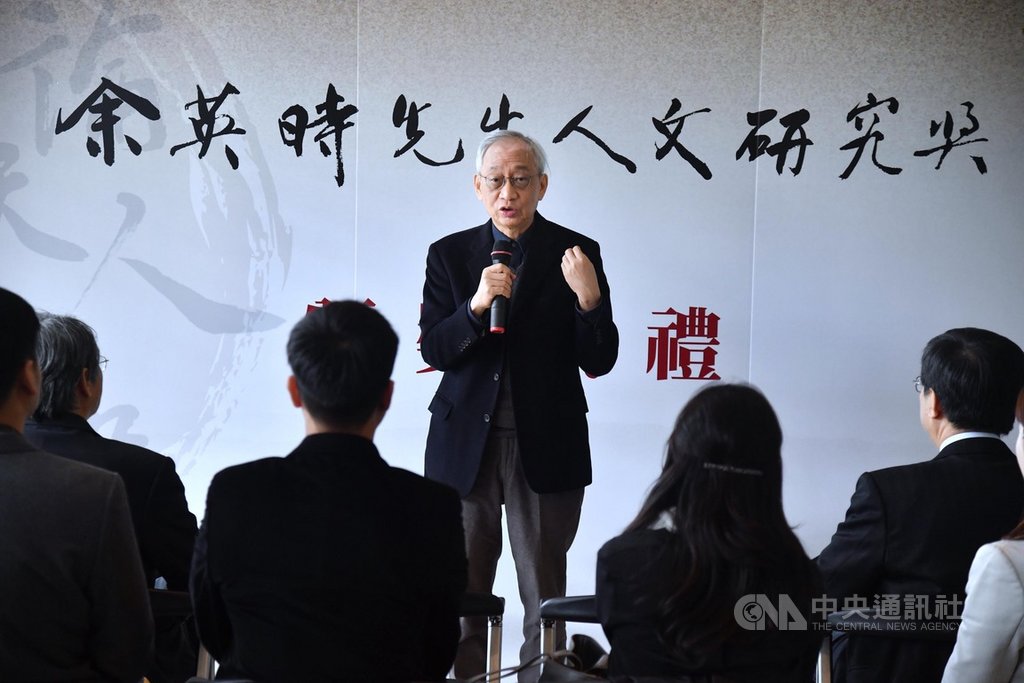