Sanctions as Stimulus for Bilateral Trade Between China and Belarus 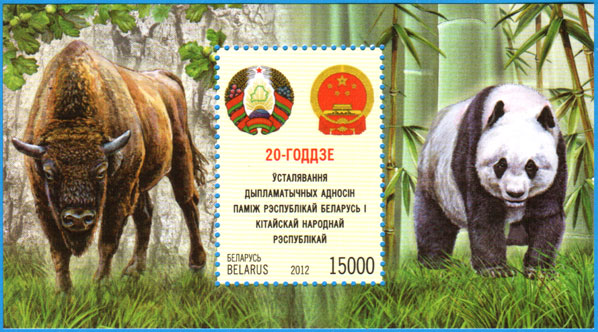 A Chinese construction project in Belarus recently gained quite a bit of media traction. The truth is, however, Chinese investment in Belarus has been growing steadily since 1992. As the trend continues, it has become apparent that EU and U.S. economic sanctions on Belarus fail to instigate the change so desired. Moreover, the sanctions have actually become a point of exploit for Chinese companies such that Belarus is now a market where Chinese firms are not only welcome to assert themselves, but can also enjoy such benefits like a tax-free market entryway into Russia.
The Belarusian political narrative is beginning to resemble a pattern. It begins with a brutal crackdown on any and all opposition to the incumbent president Alayksandr Lukashenka—who has been the president of Belarus since 1994—during election season. The U.S. and European Union then respond with economic sanctions issued under the banner of human rights. As a result, Russian-Belarusian ties grow stronger. Cue interlude.
The Russian-Belarusian narrative is a psycho-political drama apparently driven by Lukashenka’s twin and conflicting desires of wanting to be a part of Russia without being Russian. Once a founding constituent of the USSR, Belarus declared independence in 1991 during the dissolution of the Soviet Union.[1] Since then, Belarus and Russia entered a bilateral accord in 1999, pledging greater political and economic integration—although real implementation has yet to take place.[2] Furthermore, Minsk has occasionally found itself at odds with the Kremlin.[3]
But as a transit economy largely dependent on reselling and piping Russian gas and oil to Western Europe, it becomes clear that the trade relation between the two countries is a commensalist one where Belarus is the beneficiary. Disputes between Minsk and the Kremlin are underscored by Russia’s role as the economic benefactor.
Driving the bipolarity in Belarus’ long-standing relationship with Russia too is its dependence on development aid from the West, namely the U.S. and primarily the EU.[4] But with each election season, the cycle of political crackdowns and sanctions begins anew.[5]
It’s clear that the sanctions imposed by the EU and the U.S. have had a significant impact on the Belarusian economy. The World Bank noted that government revenue contracted dramatically, falling from 50 percent of GDP in 2008 to 39 percent in 2011.[6]
However, there has been relatively little political mobilization among the citizenry in spite of increasingly high levels of unemployment, reduced household income, and diminishing social programs under the punitive measures. So why is this the case? How does Lukashenka’s regime survive the throes of such economic constraints?
The contraction in government revenue corresponded with a sharp decrease in spending, although the cuts were made across government investments, preserving in large part expenditures in education and health care. Belarus was actually able to sustain education at the regional average of 5 percent of GDP and access to and enrollment in educational institutions increased.[7]
The strategy of sustaining the health and education sectors was a good move for the regime because it blunted the potential for increased dissatisfaction in the citizenry. So it appears that the Belarusian regime intends to stick with its existing game plan: Lukashenka will continue to try to mollify Belarusian public in spite of dire economic outlook.

It is under these circumstances of a symbolic but dysfunctional relationship with Russia, fissures with the West, and continued Lukashenka regime that China has emerged as a critical economic partner. In 1992, bilateral trade between China and Belarus stood at $34 million. By 2010, trade had reached $2.2 billion and Chinese banks had supplied more than $14 billion in loans. That year also saw a tally of fifteen Chinese companies within the Belarusian borders. Volat-Xingjian, for instance, was registered in Minsk in 2010 to make hydromechemical transmissions.[8] Not surprisingly, that company is part of the Belarus-China distribution network assembling Belarusian tractors in China.
For China, the deal is a double win: a Chinese company profits from the merger and the end-product fits well within Beijing’s target of increased productivity in the interior of the China—e.g. farming in the Anhui province. In short, from the Chinese perspective, Belarus offers an enticing trade partnership.
There are other intrinsic advantages to Chinese investment in Belarus. In the China Nuclear Power Engineering Company (CNPEC) deal with Mogilev Oblast to develop alternative energy in Belarus, CNPEC stands to gain significantly in terms of lower barriers to market entry.[9] While Belarusians are undertaking construction of the project, CNPEC generates both brand name recognition and profits without having to invest in a full adaptation to the Belarusian market.
Of course, the increased bilateral economic cooperation has also seen a flow of labor from China to Belarus. As alluded to in the article’s abstract, state-backed China CAMC Engineering will reportedly send 650,000 Chinese workers to Belarus to support its 60 percent stake in the $30 billion China-Belarus Industrial Park.[10]
But focusing on the influx of immigrant labor, as media reports have done, misses the larger picture. Emphasis should instead be placed on the increased level of integration for China in Belarus.
At the risk of oversimplifying, for China, the venture may have massive start-up costs but the long-term gains could be inestimable. Not only does the China-Belarus Industrial Park serve as a point of market entry, but as a special economic zone in Belarus it also gives China tax-free entry into Russia and Kazakhstan under Belarus’ shared customs union with them.[11]

As bilateral trade relations between China and Belarus continue on the up-rise, the foreign policies of Western nations driven by human rights abuses may need to be reevaluated.
The sanctions have instead created a convenient hole in the wall for China. In tandem with a skewed trade relationship with Russia, the economic constraints imposed by the West created an environment where China, which holds a wholly divergent view on human rights, is in the unique position to exploit Belarus to its own geopolitical interests. But it’s a mutually beneficial arrangement as Belarus receives large injections of cash into its own economy.
In short, China adds new complexity to the problem of addressing Belarus’ human rights record. The question going forward will not be how to bring about a free and just Belarus that obeys the rule of law. Rather, the question becomes whether or not sanctions against Belarus—or any other authoritarian regime—can be effective in today’s global economy.