A Discussion of Sino-Indian Relations 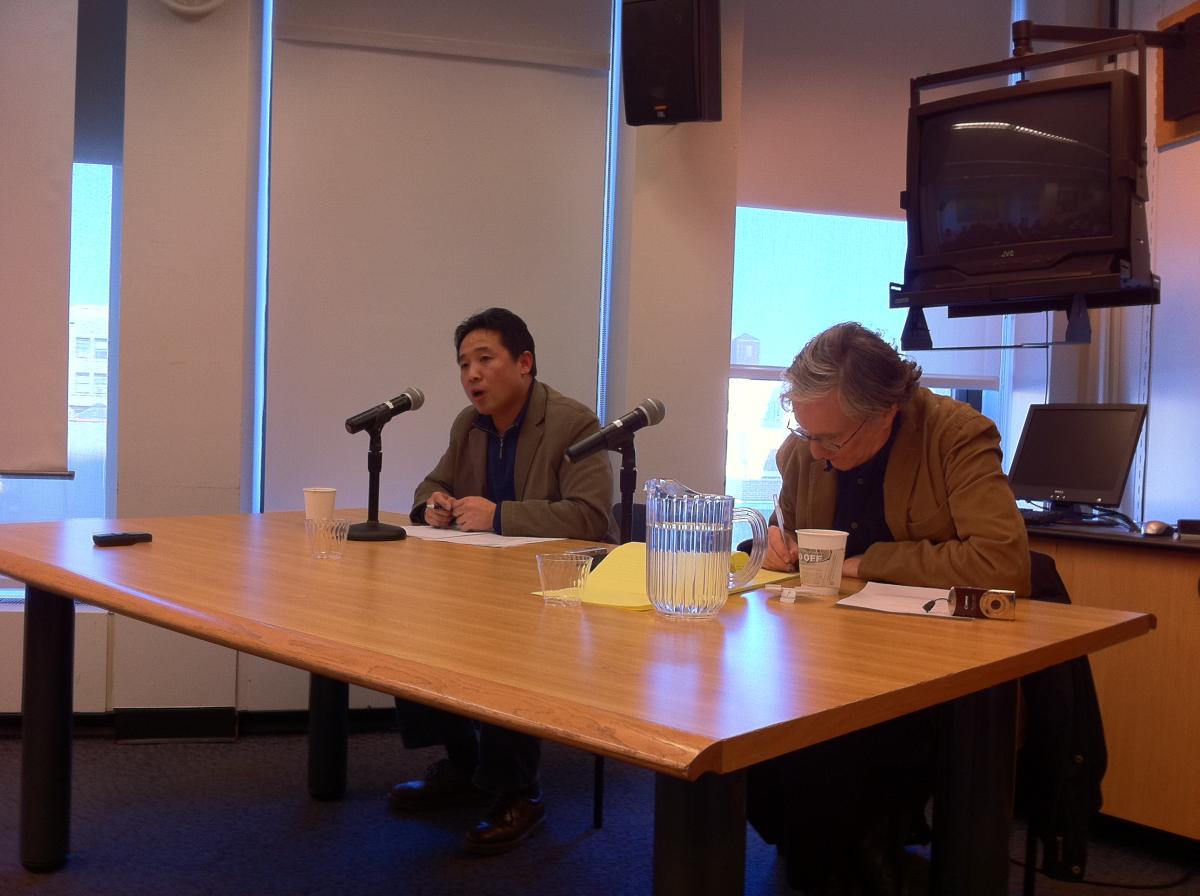 In a talk at SIPA early March, Hu Shisheng, deputy director of China’s prestigious Institute of Southeast Asian studies, described “deepening cooperation” between China and India.  But he warned that more forceful leadership would be required to overcome mistrust between citizens of the two countries.

His lecture, which was hosted by Robert Barnett, director of the Modern Tibetan Studies Program at Columbia University’s Weatherhead East Asian Institute, traced the rocky history of Sino-Indian relations from their post-colonial origins to the present.

In 1950, China rejected the legitimacy of the McMahon Line demarcating the border between China and India, viewing it as a legacy of British imperialism.  India, on the other hand, believed that the border was legally established.

“The basic reason as for the border conflicts and border wars is the different understandings,” Mr. Shisheng said.

After nearly a decade of “friendly discord,” this philosophical disagreement manifested itself in a series of border disputes.  In 1962, China responded to Indian prime minster Jarwaharlal Nehru’s “Forward Policy,” establishing military outposts in disputed territory, by launching the Sino-India War.  After a resounding military victory, China declared a unilateral ceasefire and withdrew.

Although China and India were on opposite sides of the Cold War, their relations thawed throughout the 1960s and 1970s, with ambassador-level diplomatic relations restored in 1976.  In 1977, India’s then foreign minister, Atal Bihari Vajpayee, visited China, and in the 1980s, India agreed to participate in border talks for the first time.

In 1988, former Indian Prime Minister, Rajiv Gandhi, visited China.  His declaration that bilateral relations should not be limited to border disputes, initiated the normalization of Sino-Indian relations.  This involved the development of joint commissions, high-level visits and two military treaties designed to ensure peace along the border.

According to Mr. Shisheng, the relationship between China and India entered a new era in 2003, when former minister Vajpayee visited China and signed a joint statement establishing guiding principles for bilateral relations.  As part of this agreement, India recognized Tibet as an inalienable part of China.  In the same year, each nation appointed a special envoy for the other.

In 2005, after seven rounds of talks between the envoys, Indian prime minister Manmohan Singh and Chinese prime minister Wen Jiabao signed agreements establishing a framework for the resolution of the border dispute and committing to further strategic cooperation.  Prime Minister Hu Jintao visited India in 2006, and Mr. Singh returned to China in 2008.

But a handful of what Mr. Shisheng calls “ticklish issues” perpetuate tension between the countries.  Although Sino-Indian trade volume is expected to surpass Sino-U.S. levels by 2020, economic relations have soured lately.  India is concerned that its raw material exports to, and growing trade deficit with, China are bad for its economic development.  Recently, Indian trade organizations have advocated greater protectionism, and filed an unprecedented number of anti-dumping and anti-subsidy cases against China at the World Trade Organization.  At the same time, Sino-Indian competition in the capital, exports and natural resource markets has escalated.

China and India are also wary of each other’s alliances.  India is concerned about China’s relations with its neighbors, especially Pakistan, while China dislikes India’s strategic partnerships with Japan and the United States.

China is particularly troubled by India’s support for the Central Tibetan Administration, to which it gives sanctuary in Dharamsala.  According to Mr. Shisheng, India uses the issue as political leverage, repeatedly sending the Dalai Lama, who China views as a social and political threat, to disputed territories.

Although China and India have agreed to negotiate their border, the McMahon Line remains a contentious issue.  Mr. Shisheng accused India of applying “double standards."  That is, wavering in its commitment to using the watershed area of the Himalayan mountains for demarcation and demanding that China return the western territory that it gained through the border conflicts, while refusing to concede the eastern region that it took in the Sino-Indian war.  This area includes Tawang, which was originally part of Tibet, and so is claimed by China.

"I don’t think there is any possibility to resolve this," he said.

All of these issues contribute to a threat perception by both countries, which is rooted in a Cold War mentality.  Competition for the Indian Ocean sphere tends to be regarded as a zero-sum game, and India is not eager to transgress the geographic barriers, such as the Himalayan mountains or Tibet, which separate the nations.

This mentality contributes to the lack of cooperation between China and India on security issues, including nuclear policy.  It also explains why the two countries are not voting members of any of the same regional organizations.

In general, though, Mr. Shisheng describes Sino-Indian relations as more cooperative than at any point in the past.  High-level bilateral strategic, military and economic exchanges between the countries are now routine.  Also, China and India work together in international forums such as the United Nations to address global development issues, like climate change.

The largest impediment that Mr. Shisheng sees to further progress is mistrust between ordinary Chinese and Indian citizens.  He partly blames a lack of tourism and cultural exchange between the two countries.  But a larger factor, in his opinion, is the mass media, which, combined with the Internet, exaggerates threats on both sides.

“Leaders must be stronger to overcome public opinion and improve Sino-Indian relations,” he said.

Andrew Tobin is a second-year Master of International Affairs candidate at SIPA. He is a dual-degree student with the Columbia Graduate School of Journalism.