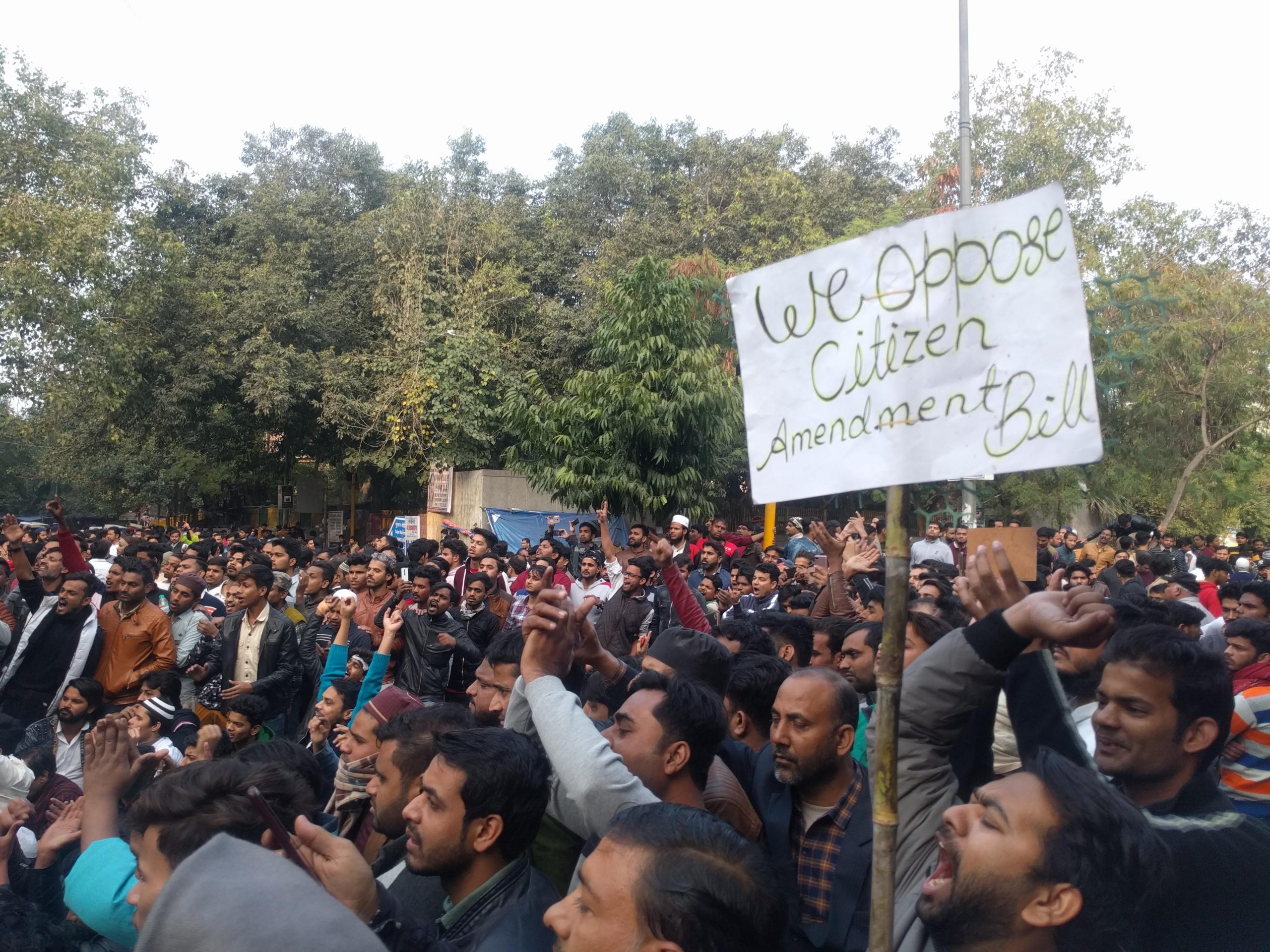 An Unending Crisis: India’s Amendment to the Citizenship Act

Guest Contributor Anant Sangal is currently an undergraduate student of B.A., LL.B. (Hons.) at the National Law University, Delhi, India. He is deeply interested in the issues of constitutional law and human rights law

The sledgehammer of the Indian State is powerful and surreptitious. It is powerful because its impact is realized and is then hard to undo and is surreptitious, because it often acts in the ambit of the Indian Constitution. Most recently, it was cracked hard on the illegal Muslim immigrants from Afghanistan, Bangladesh, and Pakistan. In the first-half of December 2019, the Parliament of India passed a legislation, which sought to amend (“Amendment”, hereinafter), the Indian Citizenship Act, 1955 to provide for the citizenship to the people belonging to certain specified communities from India’s three neighboring countries, that is from Bangladesh, Afghanistan, and Pakistan.

The new proviso to Section 2 (1) (b) of the 1955 Act reads, “Provided that any person belonging to Hindu, Sikh, Buddhist, Jain, Parsi or Christian community from Afghanistan, Bangladesh or Pakistan, who entered into India on or before the 31st day of December, 2014 and who has been exempted by the Central Government by or under clause (c) of sub-section (2) of section 3 of the Passport (Entry into India) Act, 1920 or from the application of the provisions of the Foreigners Act, 1946 or any rule or order made thereunder, shall not be treated as illegal migrant for the purposes of this Act;.”

A plain reading of the proviso to the Section will establish this wide and clear that the sole community excluded from the realm of protection of the newly amended statute is the Muslim community. As per the Statement of Objects and Reasons appended to the Citizenship (Amendment) Bill, 2019 and in his speech while tabling the Amendment in the lower-house of the Parliament, the Union Minister of Home Affairs suggested that the Amendment seeks to provide a home to the religious persecuted minorities in either of these three theocratic nations, where Islam is the State religion. Therefore, the primary assumption is that people belonging to only these six communities are persecuted on the basis of their religion and hence, India must act as their homely abode.

The ostensible exclusion of the Muslim community is based on the assumption that they are not persecuted at all in those nation-states, where Islam is the state religion. However, this is far from being true. The Ahmediya and the Shia sects of the Muslim community have faced severe persecution at the hands of the Sunni Muslims in Pakistan and the Rohingyas of Myanmar continue to be widely persecuted by the Buddhists in Myanmar. The 2013 United Nations report states that the Rohingya Muslims are the most persecuted in the world. Therefore, the assumption and the justification the legislation provides for excluding the Muslim community is false and does not have a very strong foundation either. Rather, the new basis of granting citizenship to the illegal immigrants is based on a majoritarian conception.

The Amendment projects that the true civilizational abode of the Hindus is only India. Therefore, it appears to be yet another step towards solidifying the argument that we hear for long about how the English have England, the Americans have America, but the Hindus do not have Hindustan (India). The Amendment finally seeks to legitimize a majoritarian and an exclusionary idea of citizenship, where a deliberate attempt is made to exclude only the immigrants belonging to the Muslim community from acquiring the Indian citizenship. The real dangers of legalizing something of this kind is while we do not have an established theocratic state but the selective targeting of a selected community helps us inch closer to an undeclared theocratic state, where rights for minorities remain at the whims of the majority.

That said, the founding fathers of the Indian Constitution were torn between choosing the just mode for granting citizenship to the people. The country was reeling under the aftermath of a bloody and a gruesome partition, where the Indian subcontinent was divided into two halves on the communal lines. In that setting, the drafters of the Indian Constitution, the great visionaries they were, decided to side with jus soli as the basis for the grant of citizenship rather than jus sanguinis. Jus soli provides for citizenship on the basis of the place of birth of an individual i.e. the soil, on which such person is born. Jus sanguinis is a much more elite and a racist conception of citizenship, where the citizenship is determined by an individual’s descent or ethnicity of one or both parents.

Operating under the scar of partition, it was surely very progressive to choose jus soli as the basis of citizenship and include the same in Part II of the Indian Constitution. The Indian Citizenship Act, 1955 was in furtherance of this conception itself. However, the successive Amendments to the Act dragged the basis of citizenship from jus soli to jus sanguinis, with religion acquiring a substantive stake in this shift. In 2004, the Act was amended to provide that even if a person was born on the Indian soil but had even one parent as an illegal migrant at the time of her birth, such person will not qualify for the grant of Indian citizenship. I mention that the Amendment was religiously motivated and targeted a specific community because it was introduced to neutralize the heavy efflux of people from Bangladesh, majority of whom are Muslims and happened to give birth to their children in India. The present Amendment is just another step furthering that very idea.

After the legislation was assented to by the President of India, the final stamping authority required for converting any bill into a legislation after the same has been passed by both the houses of the Indian Parliament, there has been a massive public uproar in the entire country. The entire political opposition has been on the streets rallying against the passage of the Amendment and a slew of petitions have already been filed in the Supreme Court of India (the apex Indian court), challenging the constitutional validity of the legislation. The petitions do, and rightly so, question the Amendment to be arbitrary as the classifications drawn by the Amendment are based on the inherent qualities of a human being, which the Indian Constitution prohibits.

Under Article 15 of the Constitution, while the same is applicable only to the citizens of India, the presence of certain listed categories mandates that discrimination on the basis of the inherent qualities of a person is prohibited by the Indian Constitution, two of which are religion and place of birth. In that sense, the classifications drawn by the new Amendment itself are based on religion and the country of that person and hence, will fall fowl of the equality code of the Constitution. While it is being extensively argued how the limitation of applicability of Article 15 operates against the Muslim illegal migrants itself, it has to be recognized that Article 14, which is applicable to all persons and not just to citizens, will operate on the same principle which forms the basis of Article 15 as well.

As I conclude this article, the Chief Minister of West Bengal, another Indian state bordering Bangladesh, has given a clarion call to conduct a plebiscite on the Citizenship (Amendment) Act, 2019 under the vigil of the United Nations so as to reach the conclusion whether the people of the country support something like the Amendment Act. While I do not believe how valid is the demand for conducting a plebiscite will be, given that the Indian Constitution contains a well-defined and structured procedure for creation of a legislation, however, the repercussions of categorically exiling a community into invalidity will not be feeble, to begin with.