Oxford Philosophical Concepts (OPC) offers an innovative approach to philosophy’s past and its relation to other disciplines. As a series, it is unique in exploring the transformations of philosophy’s central concepts from their ancient sources to their modern use.

OPC has several goals: to make it easier for historians of philosophy to contextualize key concepts in the history of philosophy, to render that history accessible to a wide audience, and to enliven contemporary philosophy by displaying the rich and varied sources of concepts still in use today. The means to these goals are simple enough: eminent historians of philosophy come together to rethink a central concept in philosophy’s past. The point of this rethinking is not to offer a broad over-view, but to identify problems the concept was originally supposed to solve and investigate how approaches to those problems shifted over time, sometimes radically. Each OPC volume is a history of its concept in that it tells a story about changing solutions to specific philosophical concerns.

One of the most innovative features of Oxford Philosophical Concepts is its recognition that philosophy bears a rich relation to art, music, literature, religion, science, and other cultural practices. The series speaks to the need for informed interdisciplinary exchanges by including Reflections , which are short, stand-alone essays written by specialists in art, music, literature, theology, science, or cultural studies that reflect on the concept from other disciplinary perspectives. The goal of these essays is to enliven, enrich, and exemplify the volume’s concept and reconsider the boundary between philosophical and extra-philosophical materials. OPC Reflections display the benefits of using philosophical concepts and distinctions in areas that are not strictly philosophical, and encourage philosophers to move beyond the borders of their discipline as presently conceived.

The volumes of OPC arrive at an auspicious moment. Many philosophers are keen to invigorate the discipline. OPC aims to provoke philosophical imaginations by uncovering the brilliant twists and unforeseen turns of philosophy’s past. Click here to read more about the series. 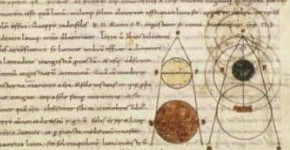