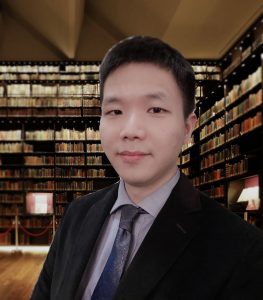 Ling-Wei Kung is a Ph.D. candidate in History and East Asia Studies at Columbia University, where he is working with professors Gray Tuttle and Madeleine Zelin. His principal research area is the history of early modern/modern China and Inner Asia. He is completing his dissertation entitled “Great Convergence: Intelligence Collection, Trans-Regional Trade, and International Relations Between Modern China, Inner Asia, and the World.” His dissertation investigates modern China’s relationship with Inner Asia by focusing on global economic exchange and knowledge formation from the seventeenth to the twentieth centuries, supplementing modern and classical Chinese sources with multilingual materials in Tibetan, Mongolian, Manchu, Japanese, and a range of European languages. His research aims to challenge the binary metropole/periphery power discourse in comparative socio-economic theory by demonstrating that the integration of economic systems in modern Eurasia started from Inner Asia, the middle ground between China, Russia, and India.

Supported by the American Council of Learned Societies, the Social Science Research Council, and the Japan Foundation, he has conducted on-site research in China, Japan, and Tibet for eighteen months. In recognition of his exceptional intellectual ability and originality, the Tang Prize Foundation awarded him the Yu Ying-Shih Prize for Humanities Research in 2019. He has published widely on the history of China and Inner Asia. His articles can be found in Bulletin of The Institute of History and Philology Academia Sinica, New History, and Revue d’Etudes Tibétaines.

Ling-Wei is the founding editor of Waxing Moon: Journal for Tibetan and Himalayan Studies, supported by the Centre for Digital Research and Scholarship at Columbia. He is also the founding chair of the International Research Group of the Qing Dynasty and Inner Asia. Under his leadership, this research group has organized five conferences in Academia Sinica (Taipei, 2015), Renmin University of China (Beijing, 2016), Columbia (New York, 2017), Northeast Normal University (Changchun, 2018), and Kyoto University (Kyoto, 2019). He is also an active public historian and newspaper columnist. His writings can be found in Dushu (读书), The Paper (澎湃新闻), Shanghai Review of Books (上海书评), and Story Studio (故事).